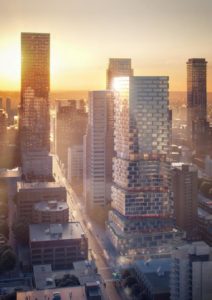 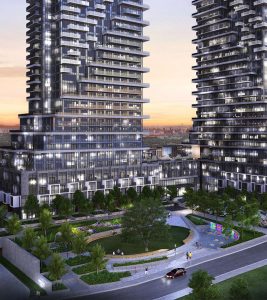 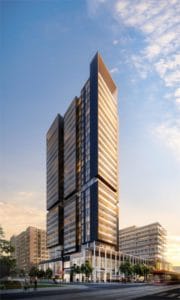 DuEast Condos
Toronto   Daniels
$ 792,900+
DuEast Condos is a new condo development by The Daniels Corporation, located at 591 Dundas St E, Toronto, On. Currently. in its public sales phase, … Show on Map
Sold Out 2019 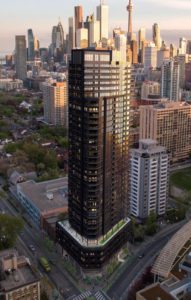 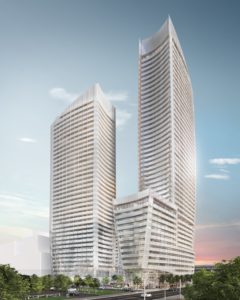 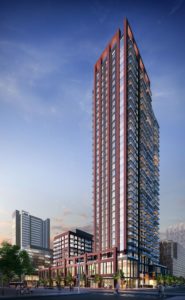 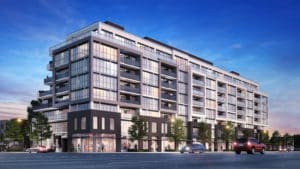 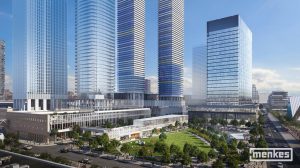 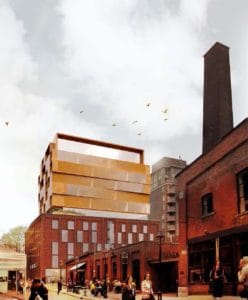 Cosmopolitan Condos
Toronto   Bramalea Limited
N/A
Stroll by 25 Maitland Street in the downtown Toronto Church Street Corridor, and you will see a spacious entryway to the Cosmopolitan Condos. A tree-lined … Show on Map
Selling Now 2022 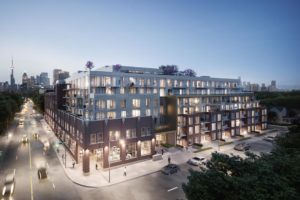 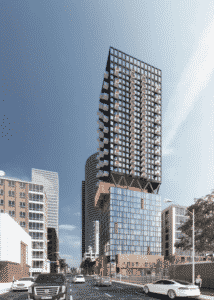 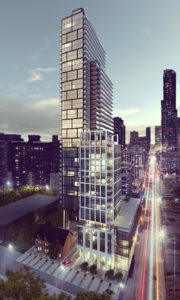 The Clover on Yonge
Downtown Toronto East   Cresford
$ N/A
The Clover on Yonge is a new condo project by Cresford Developments, located at 599 Yonge Street, Toronto, ON. The development will have two buildings … Show on Map
Sold Out 2020

Max Condos
Downtown Toronto East   Tribute
$ N/A
Live where you work in downtown Toronto. This is carefree living to the max—no commuting and no traffic. Max Condos is one excellent choice located … Show on Map
Sold Out 2020 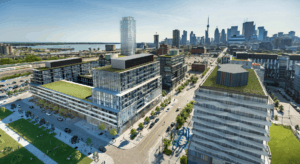 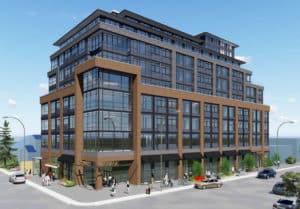 Platform Condos
Toronto   Fortress
TBA
Situated in the Greenwood-Coxwell neighborhood, The Platform Condos is a brand new development by the Sierra Building Group and Fortress Real Developments. Location Located at … Show on Map
Sold Out 2017 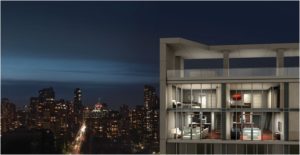 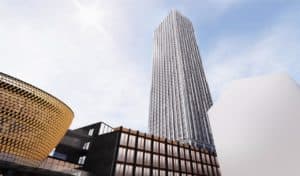 No 31 Condos
Downtown Toronto East   Lanterra Developments
$ 874,900+
No 31 Condos is a new condo project by St. Thomas Developments Inc, located at 31 Parliament Street, Toronto, ON. The development will feature eye-catching … Show on Map
Sold Out 2020 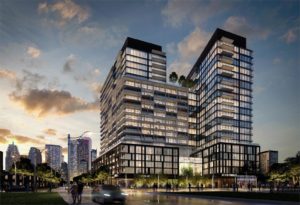 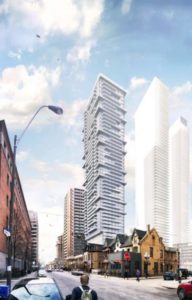 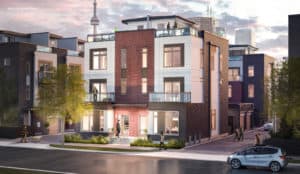 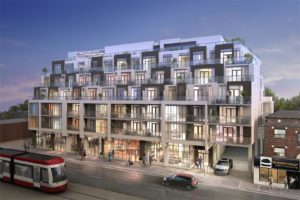 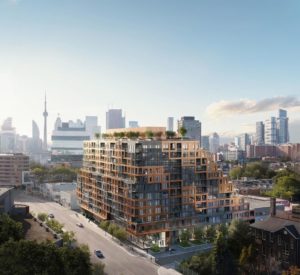 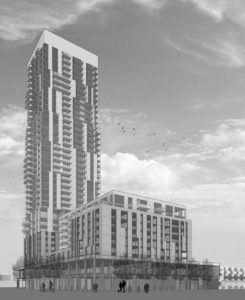 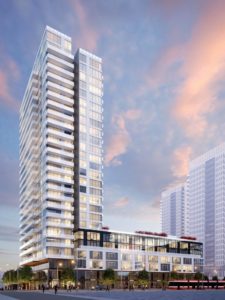 The Wyatt Condos
Downtown Toronto East   Daniels
$ 828,900+
Situated in the heart of established businesses and shops, The Wyatt Condos is a beautiful new addition to the Regent Park area. It is currently … Show on Map
Selling Now 2019 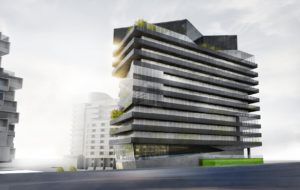 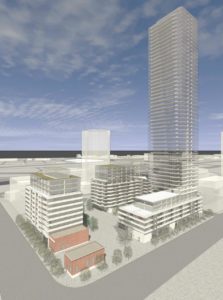 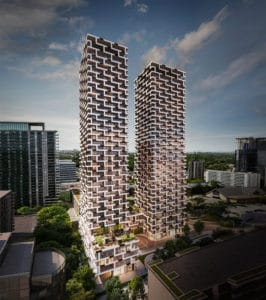 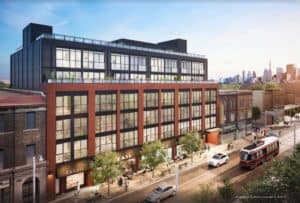 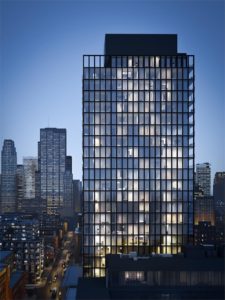 About The New Condos in Downtown Toronto East

We’ve all heard the famous real estate adage; “location, location, location” and when it comes to neighbourhoods in Toronto East End, this couldn’t be more fitting. Sure the West End of Toronto seems to get a lot of attention, but the East End is indeed not far behind.

With many restaurants, soaring skyscrapers, evening pubs, luxury condominiums, and tons of attractions, this city’s condo market is becoming a desired location for Toronto residents.  There are several new pre-construction condos for sale, contributing to Toronto’s growth and standard of living.

While living in Downtown Toronto East condos, respective owners will be blessed with some of the best stretches of sand in the city. There are beaches where residents can relax, sunbathe, or cool down on a warm evening. Some of them include Woodbine Beach, Cherry Beach, and Kew-Balmy Beach.

All of the beaches in Downtown Core have relatively higher water quality, ideal for swimming and other water activities. There are many independent bars, coffee shops, and boutiques that Downtown Toronto East condo residents can enjoy.

Real estate sells fast in comparison to other areas; this is according to data provided by the Real Estate Board. The city is literally “growing up” and has come under the leading global cities. Moreover, quite often, you’ll come across new ads from developers for high-end Downtown Toronto East condo ventures.

The area, which boasts luxury Downtown East condo developments, offers a wide range of opportunities for luxury living. Not surprisingly, homebuyers who desire easy access to the big-time city abuzz are looking to live here.

For instance, they feature modern glass finishes and contemporary designs that give them attractive appearances. There’s a unique blend of most high-rise condominiums, low-rise residences, as well as true-loft spaces. Well, some of them are in the pre-construction stage too.

Most of the Downtown Toronto East condo developments within the area carry a walk score of approximately 96 out of 100. Thus, Toronto condos inhabitants are only a few minutes away from local amenities, green spaces, shops, diners, cafes, and useful professional services.

People will also be just a few minutes away from a plethora of shops and services, especially those who live at or near Danforth Avenue. Medical facilities, law offices, and dental clinics are located close to condominiums in the area.

Some Downtown Toronto East condo units even feature retail space, offering residents everything they need right at home. And the entertainment district is also here with views from Lake Ontario.

Of course, being on the east edge, residents will also have some transit options to commute to neighbouring areas. All thanks to Canada’s financial plus business capital being one of the most accessible cities. Along with New York City plus Mexico City, Toronto has the world’s largest public transit system.

Here is the list of east Toronto new condo projects:

Want to buy a pre-construction condo in this area? Collaborate with Precondo to explore all the new listings, with their average price per square foot plans!