New Condos For Sale in Thornhill 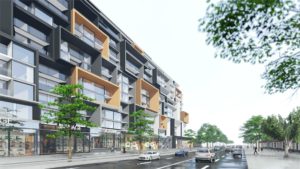 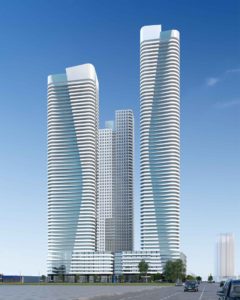 7028 Yonge Street Condos
Thornhill   The Gupta Group
$ N/A
7028 Yonge Street Condos is a new condo development that is currently in the pre construction phase by the Gupta Group, located at 7028 Yonge … Show on Map
Sold Out 2012
Posh Condominiums and Townhomes
Thornhill   Kantium Developments
$ N/A
Posh Condominiums and Townhomes by Kantium Developments is a new development at 520 Steeles Avenue West, Thornhill, ON. This project brings a high-rise building of … Show on Map

About New Condos in Thornhill, Ontario

Benjamin Thorne, an influential resident of the region who migrated here in 1820, gave the town its name. He had set up many crucial services such as a sawmill, a large grist mill, a tannery, and a lucrative import-export business.

The formal name Thornhill was given to the community in 1829 when Thorne and his brother-in-law filed a petition for the establishment of the area’s first post office.

Thornhill and the City of Toronto share a southern border along Steeles Avenue. Between John and Centre St, the old village of Thornhill is surrounded by Yonge Street. This northern neighbourhood was established in 1999 and is part of the York Regional Municipality.

Highway 404 to the east, Highway 7 to the north, Dufferin Street to the west, and Steeles Avenue to the south define its limits.

An average cost of pre construction condos here is $780.00 per square foot. In the last ten years, the average appreciation rate of these pre construction/new condos has been 6.6 percent.

The current average rental rate in Thornhill is $2,100. This is on top of a 3.3 percent rental appreciation rate over the last ten years. The vacancy rate for condominiums is now at 0.9 percent, indicating that demand is still robust.

The percentage of people who own their homes is 85 percent, compared to 15% who rent.

It is a logical choice for property or condo buyers contemplating a move to York Region. After all, few other communities provide the elegance and comfort of Thornhill without having to live too far from the City of Toronto and Yonge Street.

Since the early to mid-2000s, there has been an influx of condo townhouses and condominiums in Thornhill. And they are becoming increasingly popular as a result of the large number of families migrating north from the city and other nearby areas.

The most popular pattern is two-storey houses, with the majority of homes having three bedrooms.

Thornhill is currently recognised for its large population of university grads, baby boomers, and seniors.

The east branch of the Don River, which runs through the neighbouring ravine parks and village downstream, adds to the settlement’s rural atmosphere. It really exudes a sense of belonging.

When you live in Thornhill, you are never far from broad open green landscapes.

Some of the most popular parks in this area are Bayview Glen Park and Don Valley Park.

Thornhill is also a favourite spot for golf lovers.

Promenade Shopping Centre, one of the major shopping centres for Thornhill residents, is located on Bathurst Street in the neighbourhood.

This shopping centre has about 175 stores where homeowners may get practically whatever they need for their homes. For instance, you can find American Eagle Outfitters, Coach, Roots, and Lululemon Athletica.

Thornhill is a family-friendly neighbourhood with a mix of upper and medium-class residents.

It has all of the contemporary conveniences, such as parks with a variety of leisure activities, professional services, swimming pools, community centres, stores, and schools.

The nicest thing about Thornhill is that you will always find a new home subdivision available to suit everyone’s budget and preferences.

Getting In and Around Thornhill

Thornhill residents have easy access to a vast number of transportation options, including highways, trains and buses that connect them to subway stations.

Highways 7 and 407 are also easily accessible and make a pleasant east-west journey.

Driving to Downtown is a smooth experience thanks to these highways, and depending on traffic circumstances, it can be completed in 30 minutes to an hour.

A few other important transit options such as the VIVA Rapid Transit System and York Region Transit (YRT) also connect the York Region’s nine communities and enable a pleasant commute.

GO Transit has a bus station at Langstaff Road and Yonge Street, which is also where the current Promenade Terminal is located. Thornhill is also near the last stop on the Yonge Subway Line.

A few of the upcoming pre construction condos and new condo developments in Thornhill include:

Atlantis Condos, Thornhill: Atlantis Condos by Zonix Group is a new condo development that is currently in the pre construction phase.

This new condo development project occupies a land in the thriving multi-cultural Steeles Avenue East that boasts convenient living in the city.

As a result, future residents will find numerous essential amenities and transport facilities in close vicinity.

Residents will be close to many shopping, dining, travelling and entertainment options.

A few other pre construction condominiums and new condos in Thornhill or neighbouring communities are:

For more information about the number of condos each developer sold, purchase price of condos in Thornhill or average condo price of new condos, platinum access to these plethora of new condos, or any other promotional materials,  contact PreCondo today.