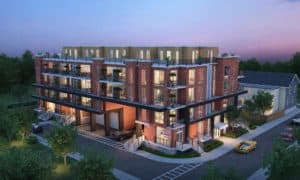 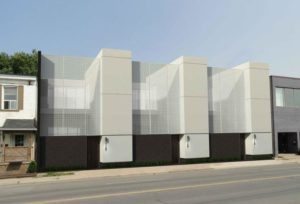 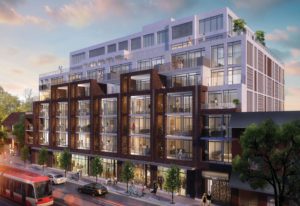 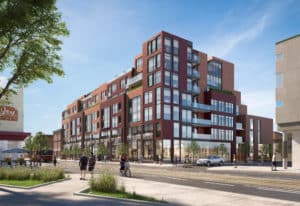 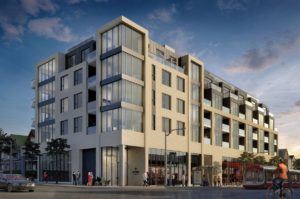 The Lofthouse Condos
Leslieville & Riverdale   Grid Developments
$ 769,900+
The Lofthouse Condos is a boutique building with only six stories that attract those who seek a relaxing and quiet neighborhood. Unique with its floor … Show on Map
Planning tba 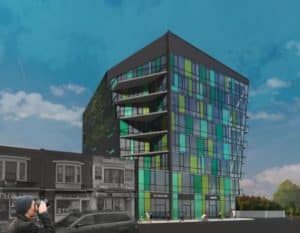 450 Pape Avenue Condos
Toronto   TBD
TBA
Many people recognize the address of 450 Pape Avenue, especially when shown what the building looks like. This house has been in Hollywood films, has … Show on Map

About The New Condos in Leslieville And Riverdale

Leslieville and Riverdale is a beautiful, bustling neighbourhood located to the East End of Toronto. These new condo development options along with pre-construction new listings are a quaint and family friendly locality compared to the hip and trending West End.

The East End is always a great place to have a quiet and peaceful walk in downtown Toronto. Many essential destinations of Toronto surround Leslieville condos and Riverdale new condos. This once industrial neighborhood is surrounded by the Don Valley, Coxwell Avenue next to Coxwell Street, Empire Avenue, Gerrard Street and the Eastern Avenue.

The Gentrification Of Leslieville And Riverdale

A large portion of the history of Jones Avenue neighbourhood included the settlement of industrial workers and factories. The renovation of the area had reduced the air pollution, brought more restaurants, cafes, pre-war row homes and dive bars, making this neighbourhood in Toronto city less grim and dark than it was during the late 90s.

With high-end lofts, infrastructures, and increase in rising stars in the film business, the area gave rise to many film production companies. For instance, with famous film production studios like Showline Studios, Cinevillage and the Pinewood Toronto Studios, there came a more enormous influx in settlement of more talented individuals in the neighbourhood.

Called as the hippest place by the New York Times, the area became a trendy playground of urban professionals, freelance designers, computer experts, and young families; all started to call Leslieville their home.

Further, one can find more affordable houses further down the south of Queen, but they are a bit old, small and run down. However, one of Toronto’s areas cut off by the Don River, this area retains its local and village-like feel.

What To Do in The Area

The most notable real estate development of East End’s Leslieville condo and Riverdale condominiums in the city would be its gourmet. The best way to spend a sunny day would be to eat till your heart’s content all over the restaurants in Queen. The best bunch options can be found in restaurants like Table 17, Lady Marmalade and Leslie Jones.

If you’re a coffee person then you will see spots like the Dark Horse Espresso, Mercury Espresso, and Te Aro Roasted. They offer free tasting and roasting demonstrations every Friday at noon. Besides, for evening snacks or ice creams, you will be happy going to Broadview Bakery and Deli, Hooked Inc, Leslieville Cheese Market, Ed’s Real Scoop and Bobbette and Belle.

The Avro organises week-long events and is a great hangout spot. There’s also the Wayla bar. It is an all-inclusive spot that hosts dance parties for gay guys or girls and transgender folks. Leslieville and Riverdale condo residents also have a lot of options to shop.

You can visit antique shops and interior design shops that will have your shopping needs entirely taken care of. Gadabout has an exotic collection of antiquities, clothing, and housewares of the previous decades.

The Arts Market is a place that has a constant rotation of artists and artisans displaying their works for sale. It’s the perfect place for cool things at cheaper rates for your condominium unit. All of these still don’t cover the many amazing spots and moments to enjoy when living in condos in south Leslieville and Riverdale near Lake Ontario.

Beaches, parks, skating rink, and more shops not even mentioned for you to explore are in close proximity. Also, any location choice for sale comes with its positive aspects. Thus, fortunately, Gardiner expressway makes easy access in the neighbourhood as well. It would be best to get a place over at this treasure trove of a neighbourhood before it becomes overpriced.

The Leslieville and Riverdale condo neighbourhood has only recently become the favourite locale it is now. However, it still has a lot of room to change and grow. But, families have already found comfort settling in the quiet and peaceful neighbourhood.

There are affordable and beautiful condos available in both areas that are near to the heart. For more information, get in touch with the PreCondo team.