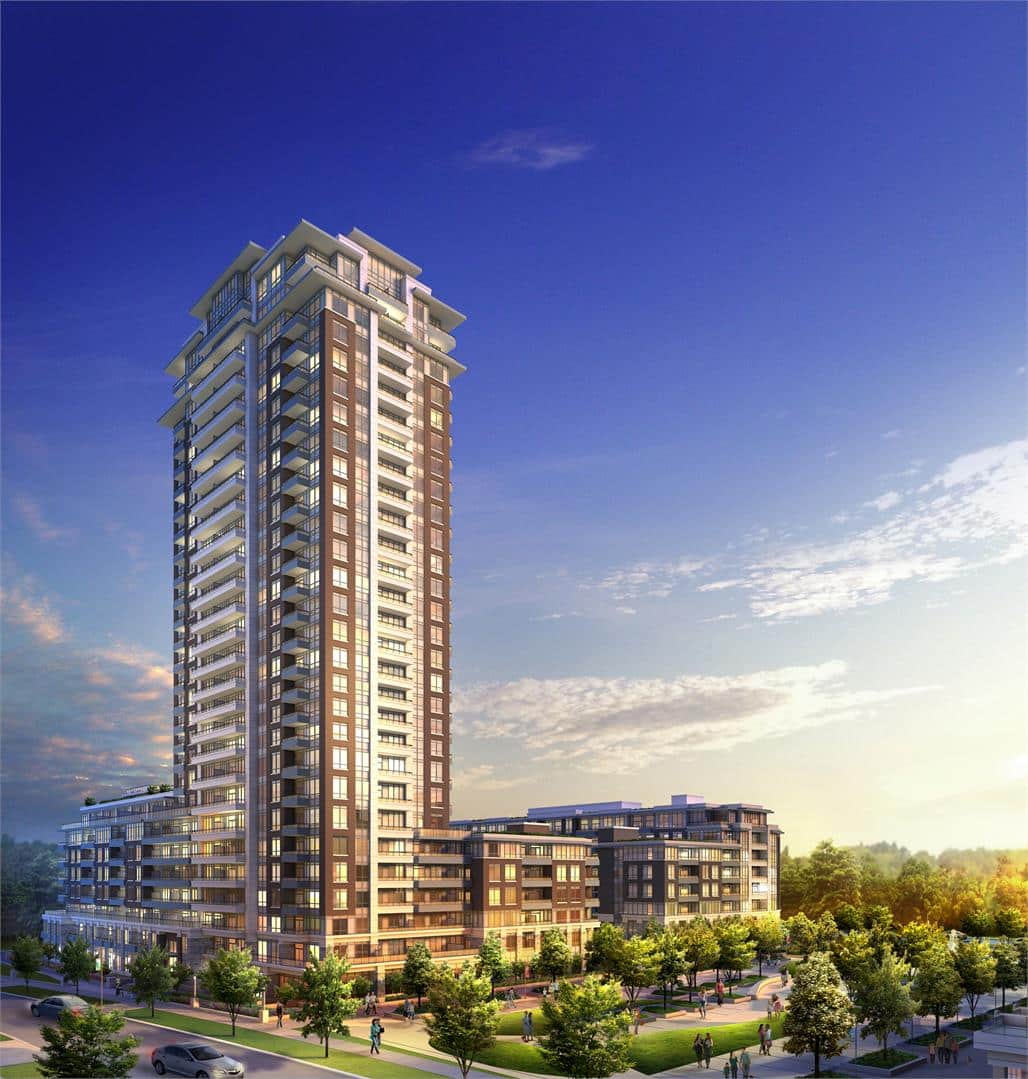 Living in the city is just like a walk in the park when you live at the Riverside Uptown Markham condos because everything is just a walk from home. This 28-story condominium stands tall providing luxurious living right at the heart of the urban jungle.

Drawing inspiration from European architecture, together with luxurious amenities such as a fitness area, party room, and theater room, the property never disappoints in providing the finer things of life for those who chose to live in the city.

This new condominium development will be constructed at Highway 7 and Warden, Markham. Riverside Uptown Markham Condos will have 28 stories and a total of 613 units, ranging from 552 to 759 sq. ft., at $569 per square foot.

One of the project’s selling factor is it being near North America’s largest urban park, the Rough River Valley. The project also boasts being in a continuously developing neighborhood with condos and apartments sprouting on Markham.

Some of the big companies around the Riverside Uptown Markham condos are Volvo of Unionville, Audi Uptown, Honda, and UPS Store. Some of the parks residents can visit are Ferrah Park, Sablewood Park, and Toogood Park. They can also spend their downtime in Flato Markham Theater, Cineplex and Cinemas Markham and VIP, and Moksha Yoga.

Grabbing a bite is easy around the Riverside Uptown Markham condos. Food shops line the neighborhood, eateries are all within a short walk. Sansotei Ramen, Xiang Zi Hotpot, Cora, Smash Kitchen and Bar, Menchie’s, Pizza Pizza, and Deluxe Chinese Cuisine, all within reach. A short drive away are Whole Foods Market, LCBO, John’s No Frills, and Shopper’s Drug Mart.

Riverside Uptown Markham Condos is a major undertaking of the Times Group Corporation that has all the components of a premium residential property. Constructed at Highway 7 and Warden, Markham, this 28-storied condominium is built amidst a vast covering of green that provides a tranquil setting in an urban space. This is supported by the existence of North America’s largest urban park, the Rough River Valley in the vicinity. Big brands and stores set around this building make this place a treat for shoppers. In addition to the satisfaction derived by the use of the various amenities of the project, the presence of restaurants, schools, and banks at short distances contribute to the convenience and comfort experienced by the residents.