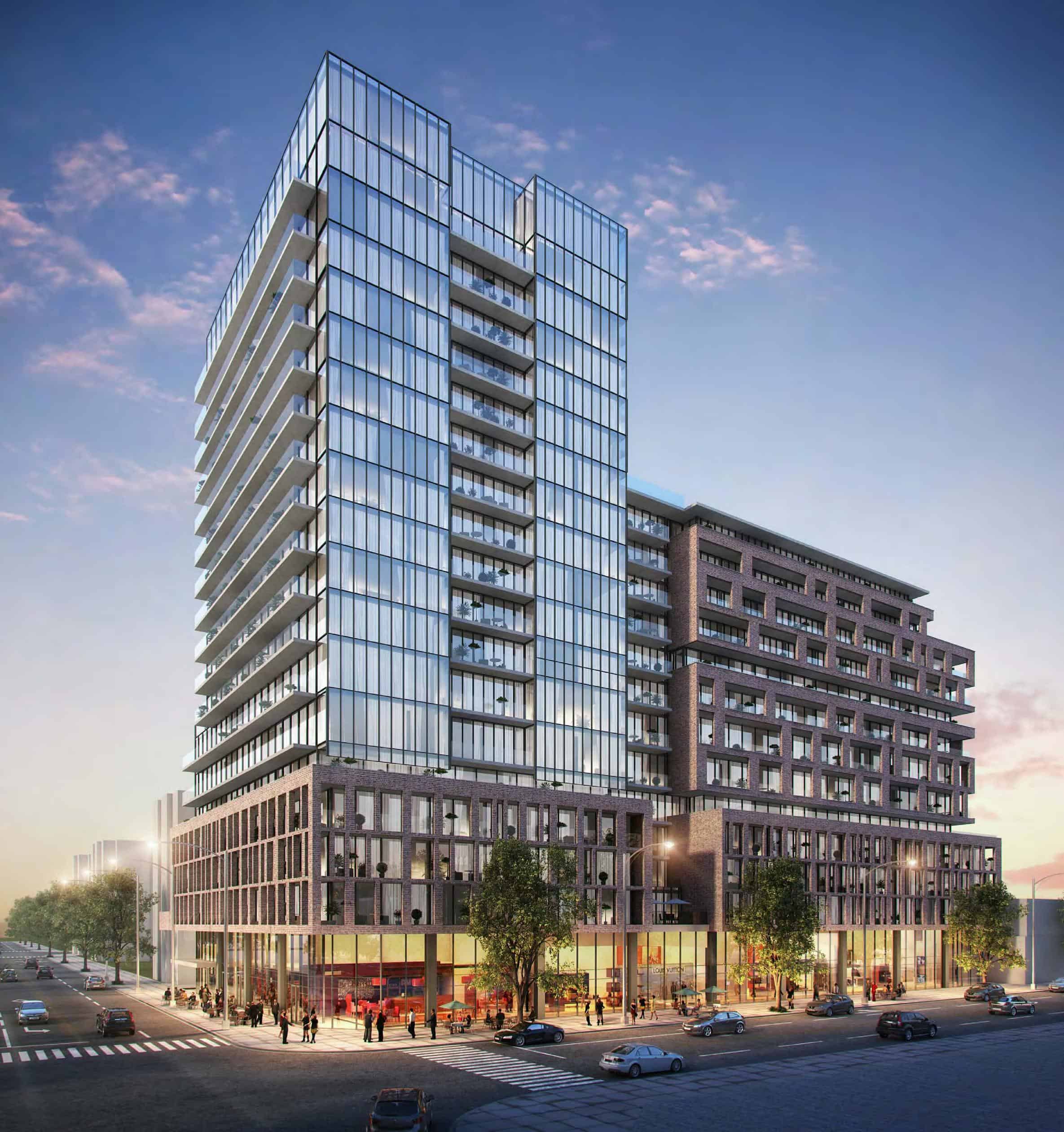 One of the most beautiful cities in the world, Toronto, has now, also culminated in a vaunted hub for luxury estates. The marvelous city is now laced with various apartments, penthouses, and condominiums. These architectural spectacles are distributed all over the city.

From the busy suburbs to the verdure rich, peaceful spots of the city, the options are surplus. And as 2019 approaches, another great addition to the catalogue would be the highly anticipated, XO Condos.

XO Condos is going to be another artistic addition in the residential condominium spectrum. This beautiful upcoming development project is brought to the city by one of the established builders of Toronto. Lifetime Developments, for several years, have provided the ever-growing city with some fabulous residential projects.

One of the commonly known examples is that of their work pertinent to Liberty Village. With their work record boasting unparalleled projects, it is unlikely that XO Condos will disappoint.

What to Expect in XO Condos

XO Condos is a condominium-style residential development which will commence in early 2019. The area covered in the project would be 1182-1121 of the King Street West area. The project also lies in the vicinity of the well known Liberty Village.

Being an opulent project would be available with an approximation of 700 units distributed over into two towers of 17 and 14 stories respectively. The project holds a commendable transit and walks score. The whole structure has been designed by the praised firm, CORE Architects.

The building plans suggest that the final product would be a magnificent mixture of steel and glass interspersed with a classic brick gradient. At the endpoint, it would be towering into an architectural brilliance.

There is a unique inclusion of podiums, rising to four stories, into the condos which would be housing the amenities provided. The floor plans and pricing are yet to be released along with the list of amenities that promise to be extravagant. The project is expected to reach completion by the end of the year 2021.

XO Condos’ most significant plus point seems to be the thriving location it is based in. Just a casual walk away from Downtown Toronto, and this project stands in the King West area. Not only does it have a walk score of 93 on 100, but it also boasts a full walk score.

Furthermore, this new Toronto apartment is in the neighborhood of one of the most esteemed regions, Liberty Village. Once an industrial hub, the Liberty Village has now transmuted into a vivacious hub.

The perks include flamboyant nightlife, countless options for errand runs, swanky eateries and bars and a handful of heritage buildings. XO Condos finds its landmarks to be the famous Budweiser Stage and the Trinity Bellwoods Park. The area also includes a number of well-reputed educational institutions.

Other than the luxurious and tempting landmarks and spots, another big advantage is the foolproof transit options. There are various major bus routes cutting through the splendid neighborhood. In addition to that, there are 24 hours of streetcars service available at King Street West.

The Exhibition Station too is located just a few steps away. And for those with their own driving skills, the Gardener Expressway is just around the southern corner.

The entire neighborhood comes with beautiful parks like the Lamport Stadium Park, Melbourne Parkette, and even the Masaryk Park. Furthermore, the eclectic neighborhood is one of the most famous places in the entirety of Toronto. Residents will surely take benefit of the bustling neighborhood filled with life. The central location of the condo makes it possible for every available facility to be nearby.

The strong assembly of the architecture and design of the building has attracted many home buyers and investors. The aesthetic contrast of the features and structure of the building is enough to sway anyone.

The newly developed XO condos come as a representation of success. With high end and modern residential communities coming up in the neighborhood, there is much promise in its release. The section of the neighborhood is the future ground for growth and development in the area. The entire space and area will be blooming with retail spaces, restaurants, parks, and walking trails for residents to explore. The street view will provide them with a magnificent view of the entirety of Toronto.

Lifetime Developments have continued to shine with their experience of over three decades. With their refined quality of buildings, they continue on the ladder of success. Essentially, they are regarded as one of the pioneers standing alone in the entire real estate industry of Toronto. They continue to apply their own benchmarks to their building creations.

With dynamic urban communities to showcase, they remain at the top of their game. With a depth and insight into the future, they continue to transform neighborhoods as they build. With their extensive growth and developmental plans, they have succeeded in creating bustling communities filled with joy and happiness. With XO Condos, they continue their stride to create wonderful masterpieces of a building.

Lifetime Developments recently changed the Architect’s appointed to XO Condos, now Turner Fleischer. Along with the change in Architect, the renderings have been changed to reflect a different style of design than previously advertised.

The old Bank building on the corner of King Street West and Dufferin will serve as the sales office during the Pre-Construction sales phase of the development.

Lifetime plans to use the ground floor on the south side of King as retail space. There are no plans for tenants yet, but we expect Lifetime to retain ownership of these commercial spaces to be able to control tenant mix more closely.

Phase 1 of this real estate development is scheduled to break ground early this year at 1182 King Street West. We expect to see XO break ground around the same time as Lifetime is advertising aggressive occupancy dates for this development – demolition applications have already been put in place with the city of Toronto to clear the site of the new condo.

You can view more condo listings here at https://precondo.ca/new-condos-king-west/

Lifetime Developments has an incredible track record – very excited to see the finalized layouts and floor plans for XO Condos. Dufferin & King is an extremely central location, incredible for investors or end-users looking to be near the street car but not quite in the thick of the Downtown core. The neighborhood is a little less dense, with room to breathe while keeping prices lower – but you still have incredible accessibility via TTC to get in and around Downtown.

Not my favorite location in the city in terms of proximity to downtown, but the prices are going to reflect that making XO Condos an incredible investment condo. Downtown Toronto is easy enough to get to via the TTC, and XO is close enough that it’ll get incredible rental rates. 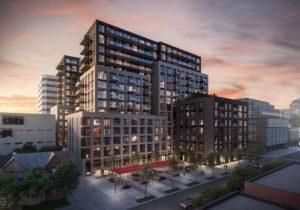 543 Richmond Condos
King West   Pemberton
$ N/A
543 Richmond Condos is a new condominium currently in its pre-construction stage in the Chinatown-Alexandra Park neighborhood. Developed by Pemberton Group, it is designed by …
Selling Now 2021 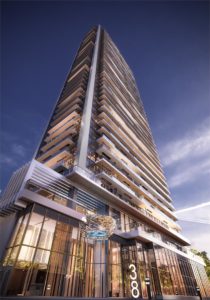 Central Condos
King West   Concord Adex
$ 746,300+
Prospective homebuyers are looking towards the future for the upcoming chance to indulge in luxury living in the heart of Downtown Toronto. Come 2022, Torontonians …
Selling Now 2023 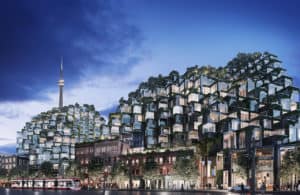 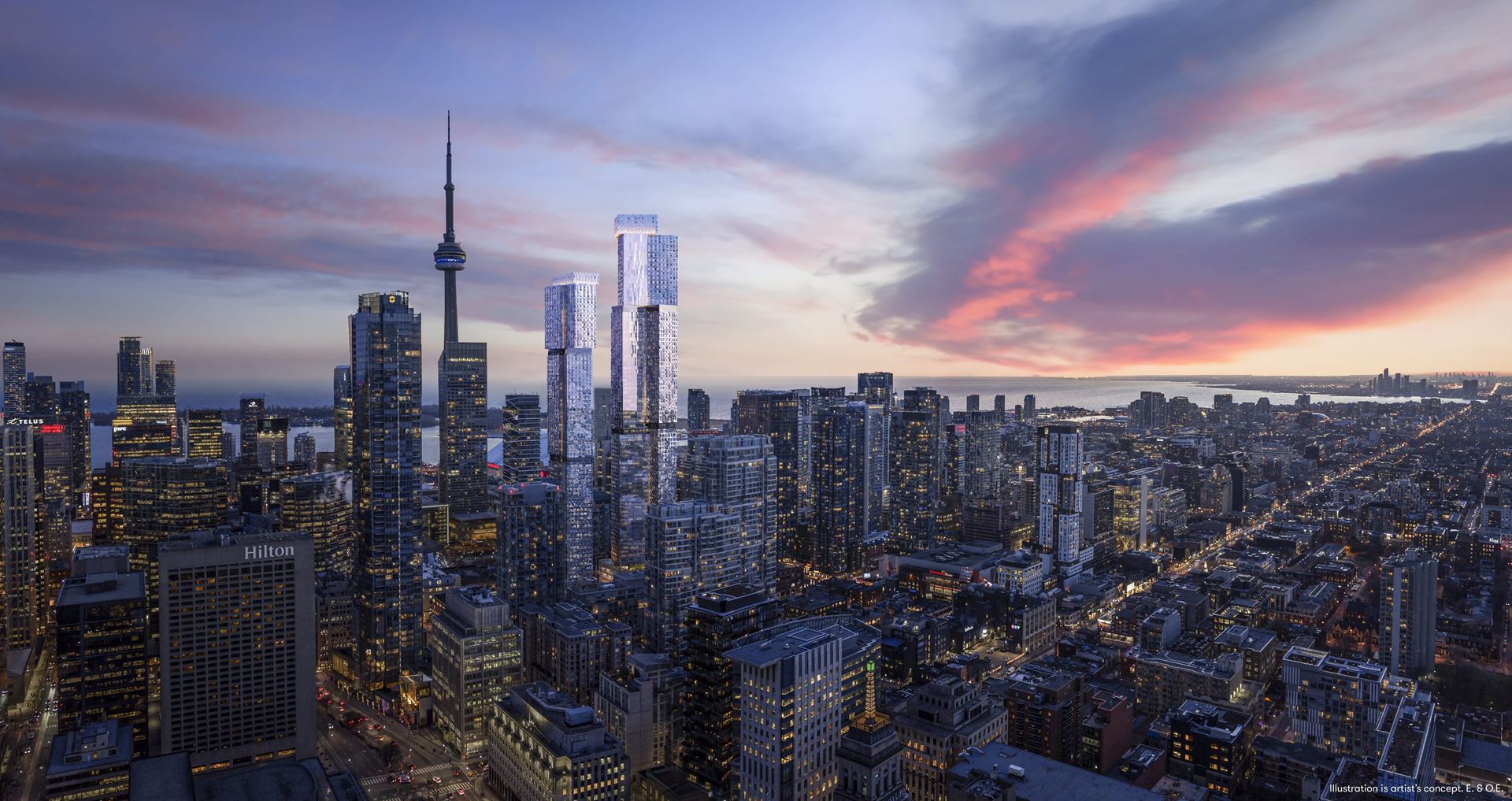 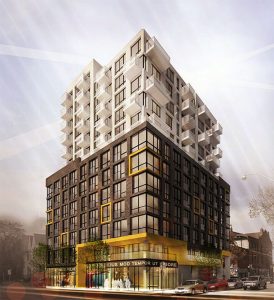 RUSH Condos
Toronto   Alterra
$ 871,990+
520 Richmond Condos is a new condominium development by Alterra, that is situated in the heart of the fashion district on Augusta and Richmond St …
Sold Out 2020 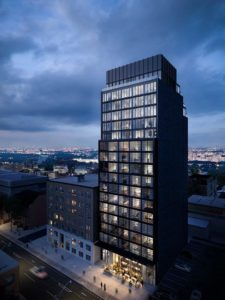 Woodsworth Condos
King West   Lamb Development
$ N/A
A new condominium will be open for occupancy at 543 Richmond St W in Toronto in 2020 — Woodsworth Condos. The ambitious development is by …