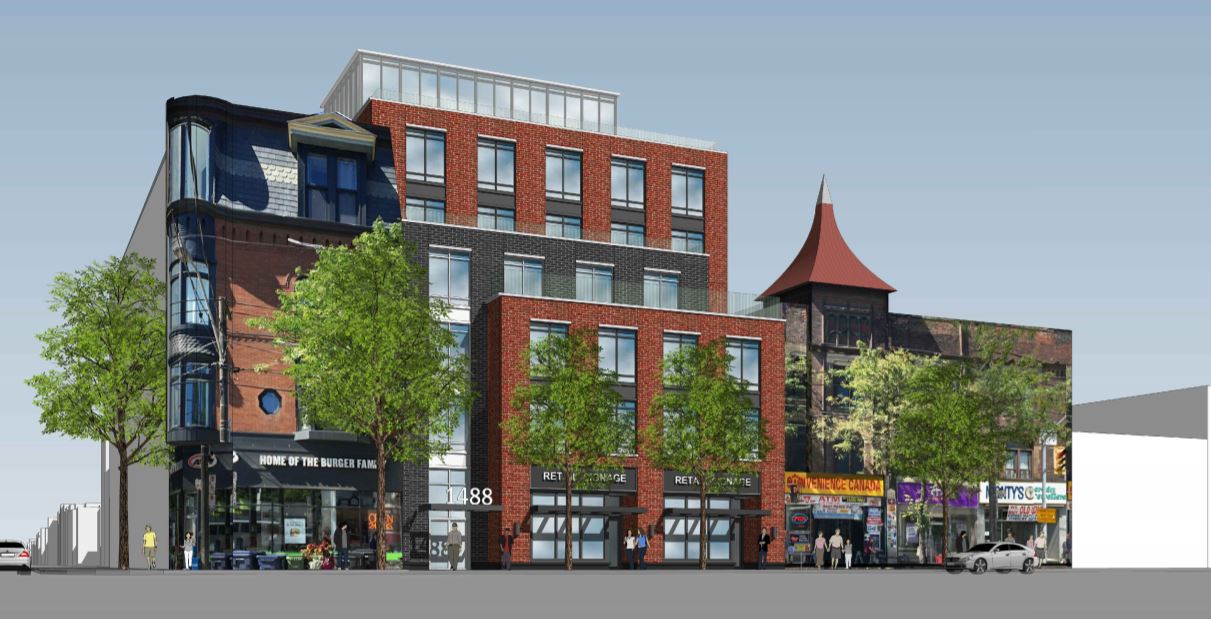 The residential building will have a number of facilities, such as boutique shops, services, entertainment, and contemporary architecture. This is the ideal address for families to have the perfect blend of urban life along with sufficient open spaces. 1488 Queen West Condos in Toronto will be in the Roncesvalles Village, which is slowly witnessing growth and transformation.

From this neigbourhood, it will be convenient to access to public transportation facilities and commute throughout the city. There is direct access to the major Toronto highways as well. So, the motorists at 1488 Queen West in Toronto will be able to reach all the spots in the city and other areas in Ontario.

IBI Group is the company responsible for the architecture and design plans for 1488 Queen Street West Condos in Toronto. The interior designer and architects have planned stunning interiors with modern designs which will take these exclusive suites to the next level. The designer architecture and interior plans by the architect have already grabbed a lot of attention.

1488 Queen Street West Condos in Toronto will have a red and dark grey brick building with large windows. There will be amenities on the second and third floors along with communal space. The indoor amenities will be spread across an area of 796 sq ft.

A number of details about 1488 Queen Street West Condos in Toronto are yet to be released. So, stay tuned to Precondo.ca to get the latest updates for this low-rise tower by NJS Capital.

Contact the broker or realtor to purchase your unit and to find out the floor plans and brokerage. Get in touch with the sales representative to explore the price list, pricing of the parking, mortgage, and other sales information. Get all the details before the sales begin and the suites are all sold out.

There are other educational facilities close to the development. These include Parkdale Junior and Senior Public School, Greek Orthodox Cathedral of the Annunciation of the Virgin Mary, etc. 1488 Queen Street West Condos in Toronto has a walk score of 91.

So, all the basic necessities and numerous attraction spots are within walking distance from the development. There are some popular restaurants and cafes as well in this region. This is the ideal location in Toronto for families and working professionals. There are multiple upcoming developments as well.

The transit score of 1488 Queen West in Toronto is 89. There are convenient public transit options nearby. So, commuting throughout Toronto and other regions of Ontario won’t be an issue for any resident. There are numerous streetcars and buses available close to 1488 Queen Street West Condos.

NJS Capital is the real estate developer behind 1488 Queen Street West Condos in Toronto, Canada. The company comprises of experts who come up with unique constructions and communities. The builder specializes in small and mid-sized projects which showcase their vision. These constructions are providing modern developments and communities for residents to live in.

With its entrepreneurial approach to construction, the company is slowly leading the market. Stay tuned to get the latest updates about the pre-construction projects of the builder.

1488 Queen Street West Condos in Toronto is the ideal development for those who are looking for picturesque views and amazing luxuries. Contact the realtor or agents to get all the details about the floor plans, price list, deposit structure, and pricing of the parking, and other sales information. The selling phase of 1488 Queen Street West Condos in Toronto hasn’t started yet, so you can purchase your realty at the right time. Once the sales begin, expect the condominiums to be sold out in a quick time. So, don’t miss out on the investment opportunity.

To see more developments in Toronto, please see this page. 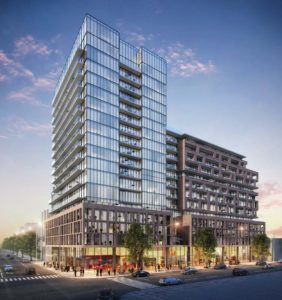 XO Condos
King West   Lifetime Developments
$ 573,900+
One of the most beautiful cities in the world, Toronto, has now, also culminated in a vaunted hub for luxury estates. The marvelous city is …
Selling Now 2021 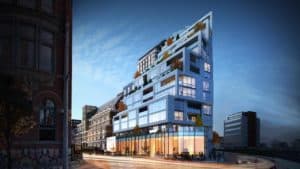 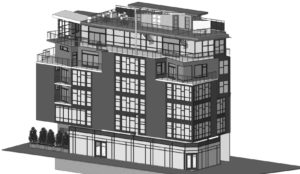