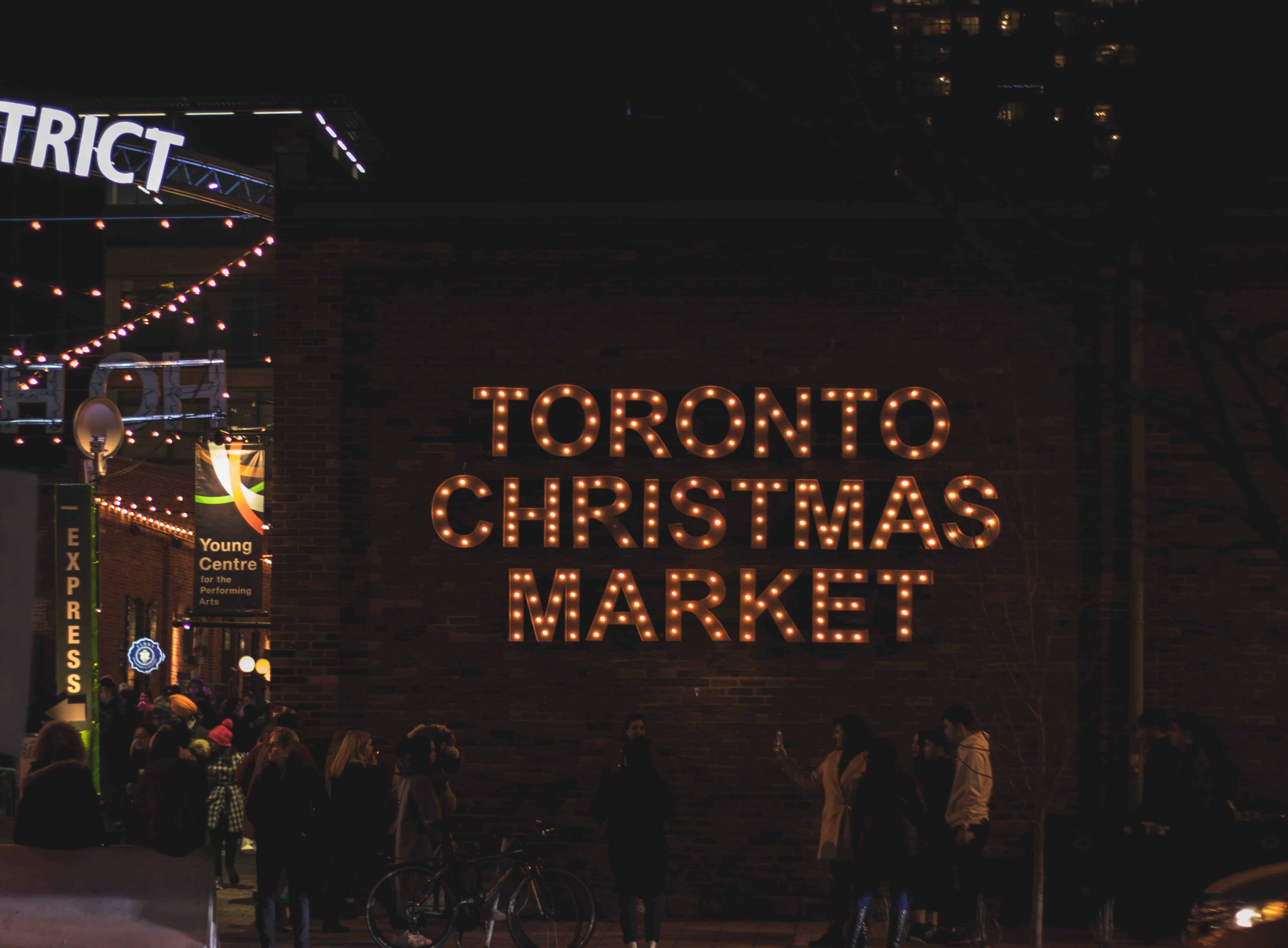 Canada looks jovially busy in preparing for Christmas, setting up the trees and lights. Only, the real estate market of Toronto seems to be lurking in the darkness.

The capital city of Ontario has been in a mishap for a while. The prices of properties in Canada have been rising over the past few months. Toronto is a homely city with an adequate technological and educational boom that has attracted households and investors.

Thus, such a rise in the prices of real estate units in Toronto is almost expected. Then what is causing this unnatural hike?

Just put the revised factors of the new accounting year. The changes in interest rates, harsh mortgage-lending processes and economic forces of the country can be partly blamed. Real estate market, like any other, is heavily influenced and guarded by forces, namely demand and supply.

It is currently very vulnerable and exposed to potential threats — annual sales in property units submerged with a 15% downfall.

Toronto follows a capitalistic form of economy, that is, an economy that is governed by the housing market and the producers. The supply and demand will determine the prices at an equilibrium level.

The government has no say in it. In such a situation, this problem in the real estate market does not correlate with the government.

In that case, what is causing such a downfall? Let our team here at Precondo explain.

5 Causes of Toronto’s Real Estate Rift in the Holidays 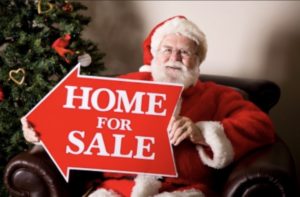 Any real estate market follows a specific protocol as laid by the government of that country. This is implemented to ensure that there are no follies in the exchange and trade of commodities.

The producers and consumers understand each other, and equivalently, rational decisions are made regarding profit and satisfaction.

Other market determinants and players also influence the operations in an economy.

1. B-20: Restrictions and Regulations 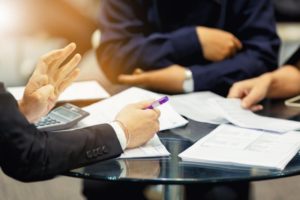 Modern B-20 policy was implemented in January 2018. It stripped the buying community from taking large loans and mortgaging their assets.

This led to lower money availability in the economy and taking of lesser loans. Households looked forward towards the maintenance of consistency by the banks and financial institutions.

However, the B-20 had made it harder for the community to achieve property goals. Pre-approvals, mortgage stress tests and burdensome margin requirements were excruciating for the residents.

The perimeters of loaning specifications had shrunk in the market. That left the public with small money to buy a house in Toronto. The severity was immensely tantalizing.

2. The Growth of the Banking Sector 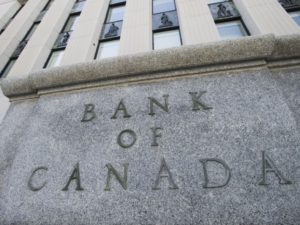 Banking has remained consistently reliable and standardized in the economy. However, a slight change in the trend and mechanism of profit earning by the banks were making it very perspective. This flipped the economic sector and the public.

The first being an excellent hike in the annual net income of the banks. National banks of the country like Toronto-Dominion Bank and the Royal Bank of Canada noted spontaneous growth in their annum turnover.

This has been accredited to the U.S banks and the international franchises maintained by the banks of Canada. Record earnings were noticeably higher by 7.5% this fiscal year.

Analysts believe that despite or not the real estate market in Toronto recovers, this challenge won’t affect the banks in any manner. The differentiator is the franchise and the ties Canada maintains with its neighbors. Other impending factors like the Brexit, oil patches and US-China trade wars might deter the progress. However, these factors will be very insignificant.

This Wednesday, Canadian banks revised their interest policy by setting higher rates of interest on the loans taken. This has reduced the consumer to ashes in the real estate market.

The sudden inconsistency will prevent mediocre borrowers from making loans. Those who are already indebted to the banks fall into the vicious cycle of repayment.

Toronto is a city of pure joy and simple living. It has little to no maintenance costs or personal and substantial expenses. This has attracted the eye of investors and big companies to set up their central bases in this city.

Microsoft and Intel are two of the companies that announced the news of an establishment in Toronto. The city has acclaimed itself to be one of the most populous cities in terms of job opportunities. It has become the city offering the highest employment rate. More than Silicon Valley even.

Such benefits have proven Toronto to be highly likely of having a rise in rates in the real estate market. [1] 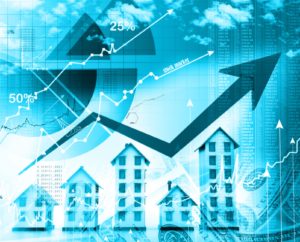 In the first few months of the year, the growth rate in real estate market was healthy. New listings were made, and they were the highest rate of listings since 1994.

Immigrants and steady growth in population demanded a good deal of household constructions from the market to own and settle. Demand was healthy in Toronto.

As the vigorous surge in demand prospered, the very same demand pulled the prices of the commodity, from the real estate market.

The amount of a house became higher, and the need for that same house receded. Problems stemmed here.

The imposed restrictions in Toronto gradually began to take a toll on the performance of the real estate market. Loans were expensive. Thus, the public had less money purchase. The banks were supportive in the last half of the previous accounting year, i.e., from April to November.

During this time, however, their record earnings were growing larger. When November unfolded, the banking rules disposed fewer money facilities to the public. This led to restrictions on the purchasing power and the number of buyers positively decreased. Market conditions tightened.

Consequently, by October 31st, property sale units were reduced 6000. The noted percentage of decline is 15%. The number of units available in the market is just 6230 for 7 million people in Toronto this November. 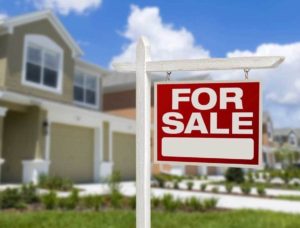 These regulations, in effect to the chaos of the past months, paved a path to show clear evidence of the falling real estate in Toronto. Buyers were reluctant to purchase new units.

The number of new listings declined rapidly over time. There was a lack of demand, and the number of selling units became limited.

Real estate agents understood that their listing would result in futility because of a lesser number of potential customers. They withdrew their units and that further shortened the supply.

Money, by now, lied in monopoly; in the hands of only a few. The circulation of money due to high mortgage and loan rates became less. The ones willing to take a huge risk only could afford these rates.

This affected in a rise in the market demand over supply. Due to this reason, prices skyrocketed for this little crowd of ready and willing buyers. As a result, lower-priced homes were being sought after due to their price range and fewer stress tests. Their affordability brought them momentousness in the market leading to a segmented escalation.

Prices of those properties rose by 3% in just three months. The median of all sale prices rose by about 4% during this period. The average sales price was well over 3% this November. Furthermore, the total inventory or listings fell to 2251 on 30th October. The percentile decline is 14.5% to 15%.

a. Effects and Repercussion 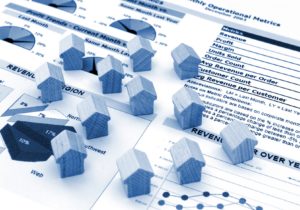 Being the capitalist economy it is, Canada resorted to leaving the temperament of the market to itself. Sale units grew less and eventually fell far below. In November 2017, the number was well above 8500 leading to unavoidable distress in the economy.

The bank rates are likely to increase threefold and will not cease until mid-2019. This duration will challenge the highly indebted households of Toronto.

With the fall in the market, the transactions in between the agents of real estate have become more fraudulent than ever. Money laundering has grown notably. This will have an unforgivable impact on the economy of Canada.

Soft landing refers to the time period of balance and recovery an unhealthy economic missile. Assuming the practicality of such a concept is delusional and illogical at all levels in this market.

It’s not about the consumer satisfaction or thriving of the market in a regulatory movement; it is about stability in the economy. [2] Inflation in real estate never ebbed away quickly. History illustrated the prolonging of this state for nearly ten years.

The Future of Real Estate in Toronto 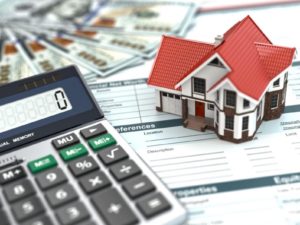 The rough period is yet to come, according to many agencies. The duration could be February and March, or when US trade is mercurial.

The rental market in Toronto will cause hassle. While 1700 new listings failed, new constructions look pointless due to a lack of demand.

The economy then resorts to turning towards vacancies in the country homes. Those vacancies are very limited, causing another segment of imbalance in the economy.

Until further news, one can only wait and watch as the economy and market unfolds.