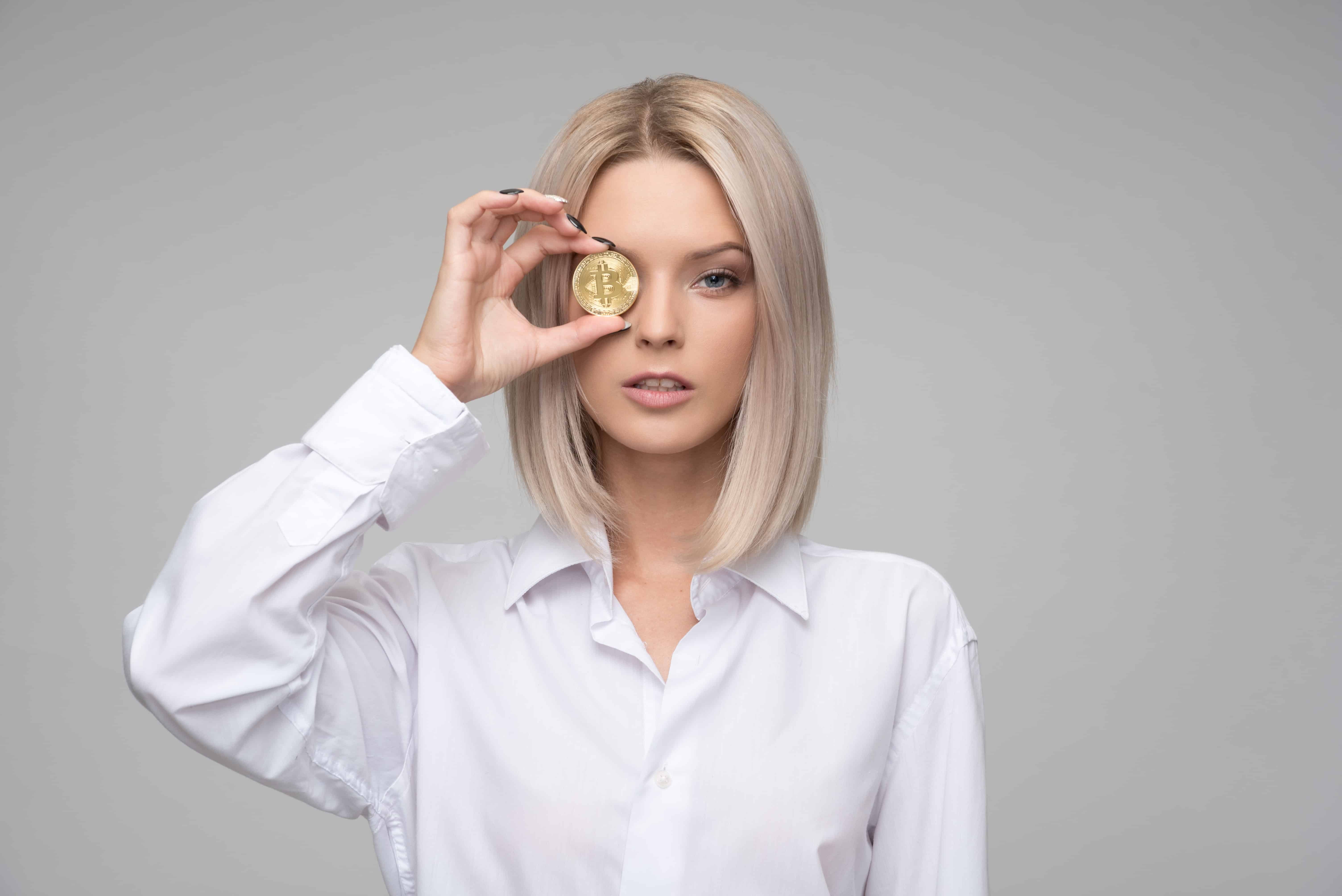 Over the past decade, numerous laws and forces in Toronto have been put to action to thwart the cash flow which fuels the organized crime domain. Common knowledge states that it is money laundering that keeps the flow consistent.

Law enforcement has been trying to tackle the issue for countless years. However, adaptation is the dominant trait of the illegal method which is now rampant on a global scale.

The illegitimate way of using the money earned through illegal means as investments to make it a legitimate commodity has been in trend for a long time. Gone are the years when the money was merely invested in food chains and export businesses.

The law enforcement agencies in Toronto were shrewd to catch on and implement renewed and stricter laws, choking the movement of the cash.

Subsequently, the whole method needed a new medium to function without raising significant suspicions. It is then that the sector of real estate emerged as an opportunity.

The Rate At Which Money Is Being Laundered 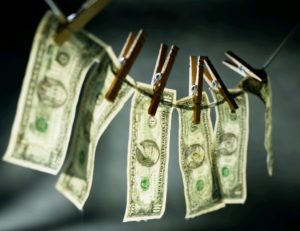 It is rather uncanny that the contemporary numbers estimating the amount of laundered money per year were predicted way back in 1998 by a study conducted. According to Financial Action Task Force (FATF), over 65% of the global criminal income is laundered.

This unquestionably causes illicit funds worth billions in numerous currencies to be used without being liable for any legal repercussions. Unfortunately, real estate has a tremendous contribution to these staggering statistics.

Criminals have turned to the real estate business because of various advantageous factors. First and foremost, the utterly outdated laws regarding the real estate fund transfers and other guidelines. Adding to the plight is the lack of diligent enforcement of the laws.

These factors thus making it extremely convenient for the criminals to anonymously invest illicit money in properties and deals which inevitably turn out to be profitable. Among the many real estate markets diagnosed with money laundering, the Australian and Canadian regions are struggling the most.

Money Laundering in Canada over the Years 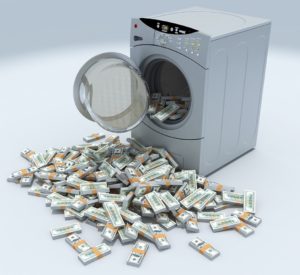 Canada is esteemed to be the upcoming versatile real estate domain. However, once again, the lack of meaningful laws and law enforcement have caused the market to be plagued with countless illegal actions and transactions.

These are being made on a yearly basis. The national anti-money laundering agency of Canada, FINTRAC, recently released reports stating disturbing facts.

The amount of money laundering complaints in Toronto seems to have tripled in the last five years in the region. The number of withdrawal of charges and filed cases against them has also increased substantially. The argument could thus be made that the cultivating issue has been fed by lack of acknowledgment and concern. [1]

The system works with a dependency on the real estate agents in Toronto to report any suspected illegal transfer of funds. This, according to FINTRAC, could provide valuable information and subsequently bog down money laundering as a whole.

However, another study by the agency states that the out of the 2.7 million transactions from 2012 to 2017, only 197 were reported to be suspicious. Others were seemingly just ignored by the real estate agents. It is thus clear that the negligence is not just on the side of the law.

“Canada is a hotbed for this illegal activity because of a lack of transparency in beneficial corporate ownership.”
– Denis Meunier, C.D. Howe Institute

How is Money Being Laundered? 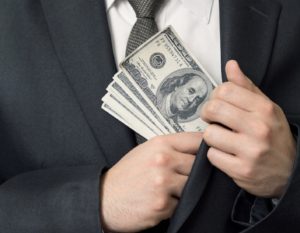 Adding to these statistics, are also the new ways through which the money is blatantly laundered in Toronto. The reports and cases that have been dealt with in the past offer insights into the methods to which criminals conform to.

1. The most basic way that has been discovered is the use of third-party members to obtain estate property. With this, the invested money is labelled legal while the direct involvement of the criminal is also negated.

2. Collusion with the real estate agents also offers significant advantages. By doing so, criminals attain the ability to overvalue or undervalue the market price of a particular property.

3. The difference of from the original price can thus be paid using the illicit funds, thus cloaking it as a regular investment. Another versatile method used in almost all the markets is the investment in renovations of properties.

4. The amount used is thus shrouded and made to look like a legal expenditure. Shell companies and corporations are another way under the real estate umbrella in Toronto. The investment made in this could be domestic or even overseas, the profit, however, remains constant.

5. Mortgages also offer ample ways to mix the illegal funds with the legitimate lot. The options are numerous. And every year, a new method seems to pop up and deteriorates the system further. The negligence is thus making the whole sector vulnerable and inviting more criminals and giving birth to more practices. The requirement of the stricter laws and stringent enforcement on a global scale is thus a necessity. 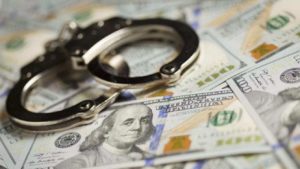 Furthermore, the ramifications caused by the mass money laundering are also sheerly alarming.

In addition to providing an open stage for corruption and malpractice, it also contaminates the ethics and set of rules and conventions that society as a whole conforms to.

Moreover, real estate agents, banks and other entities and corporations who are a part of the illegal system or at the least are ignorant towards them, also end up losing credibility and trust of the citizens and customers alike. This not only affects them but the whole community.

The ineffectiveness in dealing with money laundering also invites vociferous invasions of institutions and significant corporation through bribes.

The overall perception of the sector and the region itself are also affected. They become liable to be perceived as volatile and under the influence of illegal entities.

This could, therefore, thwart the inflow of foreign investment and aid. The repercussions are damaging to the financial institutions, government agencies, and the society as well.

Steps Being Taken by the Agencies 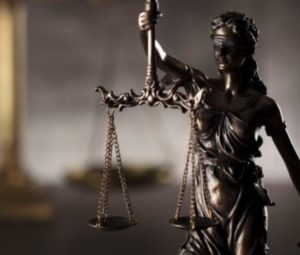 However, in the wake of the alarming studies coming to light and the damage done been approximated, the agencies have decided to take the required steps. FINTRAC recently announced its forthcoming plans to consolidate the financial regulations pertinent to the real estate. [2]

In total, there were a total of 32 changes made in the existing rules. One of the most effective changes made was to include a register that would record the transactions. It will be made available to agencies and corporations during investigations.

This would have prevented various discrepancies. But unfortunately, the Canadian government did not agree.

However, the new rules would bring a sense of lawfulness to the plagued process and restore order. In addition to that, real estate agencies and banks in Toronto have also decided to contribute to spreading awareness. The entities are sending automated emails to their clients and customers.

They are informing them of the various methods and scams been used to launder money. The clients have also been provided helpline contacts and email addresses if they wish to report any suspicious activities.

According to FTAF, the best way to tackle the rising issue of money laundering is for the financial institutions to work in synchronicity. They should work on the same line with the federal government agencies.

This combination of the private and government sectors could prove to be effective in curbing the laundering. Furthermore, the exchange of information between the two sides could help seize the properties acquired illegally and arrest the guilty parties.

Money Laundering in Toronto: A Point To Look After 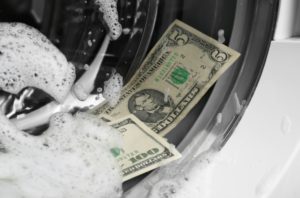 The issue of money laundering in Toronto is indeed a worrisome one. But its only with the combined support and acknowledgment of the local citizens, along with the government and private sectors, that the problem at hand can be decimated.

The collective responsibility is to maintain the ethics of the real estate sector. It should prevent further contamination due to the illegal trades and transaction been carried out incessantly.

Like mentioned, money laundering is becoming a huge issue in real estate and especially in the sectors that are developed. It is a concern that needs to be addressed.

Currently, there are no appropriate measures being taken to find out the people who are involved in this. Even if people are caught, there are no proper actions taken. Money laundering should be taken as a serious offense and only when there are proper and strict laws in place, will the people be afraid of the repercussions.

There should be proper and enough resources to bring the laws and expertise into action. Only then money laundering in Toronto will be reduced.

If you want to know more about what’s happening in Toronto’s (and Canada’s) real estate market, you can check out our homepage at at https://precondo.ca/.