5 Causes Behind The Toronto Housing Crisis

If you’re struggling to get on the housing market in here Toronto, you’re not alone. Even CBS presenter Shannon Martin has voiced her concerns during a report she created for the news network.

After Shannon’s rent jumped an additional $1,000 a month, she created the Facebook group ‘Toronto Housing Woes‘. The response it generated was truly staggering, with similar stories emerging from all across the city of Toronto.

Not only is the Toronto housing crisis putting a strain on living conditions, but it also threatens the talent the city can attract. After all, people come here for the jobs but they need a place to live.

So, what’s caused this colossal crisis in the first place? Here are our thoughts on the top 5 contributing factors.

The Canadian Urban Institute, City of Toronto and Canadian Centre of Economic Analysis authorized a report into the low supply of new homes in the city. The report confirmed that the demand for new housing in Toronto far outweighs supply. There is also a long waiting time for both social and community housing, which is around five to seven years.

When the condition of temporary housing is of a poor standard, the wait for social housing seems like an eternity. So, there is definitely room for improvement from the city council when it comes to the local housing strategy.

2. Affordability Remains at a Crisis Level 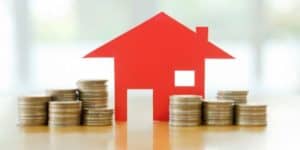 There is also an affordability crisis. RBC Economics Research has been keeping a close eye on the price of owning a house at market value throughout Canada. The research they carried out found that the lack of affordable housing in Toronto is at its worst.

The 2019 report stated that owning a house for most people in Toronto is tough. This is despite the cooling of the Toronto housing market. It also found that the average share of household income needed in Toronto to cover ownership costs is 66.1 per cent.

Due to some effective cooling measures to tackle the affordability crisis taken by the government, the home prices did see a dip near the end of 2018. The fall followed years of continuous market growth throughout Toronto.

It happened as a result of stricter federal mortgage lending guidelines, as well as the Fair Housing Plan of Ontario. However, this mostly affects detached homes in Toronto, as affordable housing on the whole is scarce.

It is not easy in this market to rent a home. However, for quite a few people, it is the only way to move forward in Toronto.

Yet, despite this, the city has one of the lowest vacancy rates at 0.5%. Tenants are willing to do almost anything to secure real estate where they don’t have to pay the rent in advance – or answer multiple personality questions. In addition, there is an affordable housing lottery. Over 4,000 people recently turned up for an apartment viewing that had just 75 units.

Sadly, the result of the Toronto housing crisis is that there is a high proportion of those living on the streets or at best sofa surfing. Stagnated wage growth is not helping the situation either. It’s also becoming more difficult for people to afford the new houses that are currently being built. 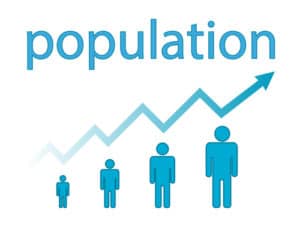 The population of Toronto is increasing every year. (1) The housing supply in the city is already not enough to cater to the number of people in need of a property.

A report by Ryerson University’s Centre for Urban Research and Land Development claimed that the city of Toronto had the fastest rising population in Canada and the states. The difference was huge, with 77,000 more residents living in Toronto in July 2018 compared with the same time 12 months previously.

As a result, Toronto is the fastest-growing central city. Toronto is a market that is a magnet for young and mobile talent. Despite this, the construction of new and affordable buildings is down by 24%. That’s according to the Canada Mortgage and Housing Corporation (CMHC).

Reports have also claimed that people will start to double and even triple up on housing prices. This would make most of the houses multi-generational. The demand on the already stretched social housing will also increase.

Condos saw a sharp price hike about a couple of years back. This resulted in an immediate effect on the Toronto real estate market. In 2017, when the regional government levied a tax of 15% on foreign buyers, the drop was more significant. But, this, in turn, helped in stabilizing the market.

Another factor for the deterioration in the market movement was a result of buyer mood. Potential home buyers and investors waited on the sidelines to observe the market conditions, rather than jumping in to buy.

Despite this, there has been some improvement in the situation. As a result, the market has stabilized, making listings more attractive for home buyers in Toronto.

You can learn more about the price increase here.

5. A Decrease In Rental Units 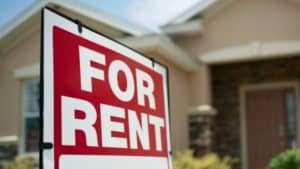 In 2018, all over the Greater Toronto Area, there was a vacancy rate of 1.2% and the average rent was at $1,359 per month. People were stopped from purchasing apartments that they were able to get their hands on. This breached The Human Rights Code.

An Analysis of the Toronto Housing Market was published in January 2019 by Canadian Centre For Economic Analysis. It claimed that middle-income residents of Toronto are being priced out due to the expensive market prices.

There was quite a significant fall in new rental units that were under development. The trend was that investors would rent out their condos. Over the last few years, there has been a trend where about 100,000 new rental/purchase units were completed for residents. However, only 5,500 units were built for middle-income residents.

Developers have come into the business where money making is their priority and not on providing affordable housing.

A Proposed Solution To The Crisis 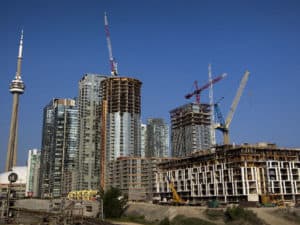 Doug Ford, the premier of Ontario, believes that the housing shortages in Toronto can be curbed with smart decisions. The ministry took action by adding around 10,000 housing options immediately. This effort was to bring the supply of houses a little closer to the demand. (2)

The mortgage stress tests created a strong effect on the housing conditions in Toronto. The GTA requires over 50,000 new units per year to match up with the housing demand. However, only 40,000 new units were actually being supplied. A shortage of 10,000 units.

The ministry of Canada believes that infrastructural delays in building and fixing sewers, highways, etc. also impacted market supply in the Toronto area.

“The issue in our view for the sharp rise in prices and the affordability issue fundamentally is the supply side not being able to adjust quickly enough to demand.” – Robert Hogue, Senior economist at RBC Capital Markets

What’s Next for Toronto’s Housing Market?

Despite some of the challenges, the Toronto housing crisis shows signs of improvement. However, there are still a lot more hurdles to overcome to restore the balance. There are plenty of housing options available at the higher end of the scale, but not for those on a lower income. Or those in need of social housing. As a result, housing affordability is virtually non-existent for a wide swathe of Toronto residents.

Ultimately, there needs to be more flexibility in house prices, as well as a review of the overall housing strategy in Toronto by the city council. The market is constantly fluctuating, with the city coming up with new opportunities and solutions to meet Toronto’s housing demands. With continued effort, the market will stabilize in the coming years.

Visit Precondo for everything related to your property search including pre-construction condos in Canada.