One of the most heated debates in the Canadian market is over the hot topic, i.e., ‘Real Estate.’ Coping with the demands of investors regarding property, commuting facilities and connectivity is what the market is striving for every single day.

The fact that Real Estate deals in Canada are comparatively costlier than in other North American cities can turn into a negotiable discussion. Some of the popular cities in listings, where you can invest your annual income, are Montreal, Toronto, Vancouver, and Ontario.

These cities are the first choices for the healthy living of the local people as well as foreigners.

The world of Real Estate can be extremely vicious and unpredictable at times. The significant increase in debts level and interest rates in the market may turn it into a victim of the housing bubble burst case.

The Real Estate market has always been a matter of uncertainty in Canada. The housing bubble burst in the US is an epitome of the above adjectives. However, Canada has been in the race of establishing successful records in recent years. The uplift in the prices in the famous cities brought Canadian contenders back into the run. 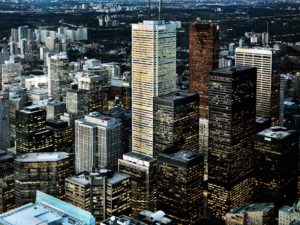 The only constant changes. Earlier, Real Estate market has been compensating with changes, but now its pace needs to be comprehended.

In this technology-driven world, people are seen transforming their lifestyles and culture. This tends to hit the sectors of Real Estates hard at times.

The numbers of sales are ever-changing. Yesterday’s hottest Real Estate market is becoming tomorrow’s boring deals. Taking into consideration such a framework, an elevation to the housing market of Canada is the need of the hour.

And Montreal proved to serve Canadians with the desired boom. Yes, it served as a hot cup of tea to the winter-zoned Real Estate market. The newspaper and the internet are continuously fed with the latest trend in the Canadian Estate market, and the reason is Montreal’s boom.

News has been surfaced over the country about the spectacular accomplishment with which Montreal city is back, outpacing the other luxurious cities like Toronto and Vancouver. According to SNLR, i.e., Sales to New Listings Ratio, Montreal wears the new helmet of Real Estate top rankings. 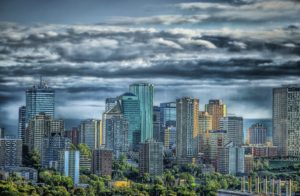 The city has seen an appreciable improvement in the SNLR ratings from previous years. There was a time when Montreal was an underdog in the Real Estate market.

Toronto and Vancouver used to be the first choice for investment in Canada.

However, in recent months the two cities have experienced a decline in their respective price rates. Steep pricing and increased debts are some of the known reasons.

The fall is minimal though which ensures the future stability of Canadian Real Estate Market.

Is Montreal The New King In Canada’s Real Estate Market? 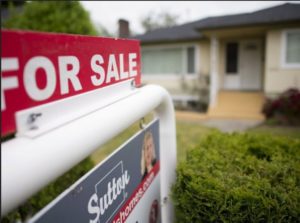 The question can almost be justified for a big YES. [1] The top websites and sales reports of Canada including CREA and GMREB have declared Montreal as the new hot spot of real estate in Canada.

One of the slowest sales of Canada were recorded in the month of August 2013, states the CREA reports. Since then a gradual increase was expected which favourably turned out to be a boom last year.

This year was welcomed with a commendable 8.48% increase compared with the previous one.

The investors were busy pondering over questions like ‘which city will be a perfect Real Estate investment’ meanwhile Montreal was high with growing sales and housing prices. The prices have only seen a hike in the recent two years.

Even with the benchmark prices, the results were the same- they rose higher than average. This gives profound reasons why Montreal is the new choice in Real Estate.

There ought to be a couple of reasons for the decrease in value of other Canadian provinces like Toronto and Vancouver.

Such results can be attributed to the ownership systems, proposed reform in the tax system and increments in rates. However, Montreal is believed to grasp attention and compensate such losses. 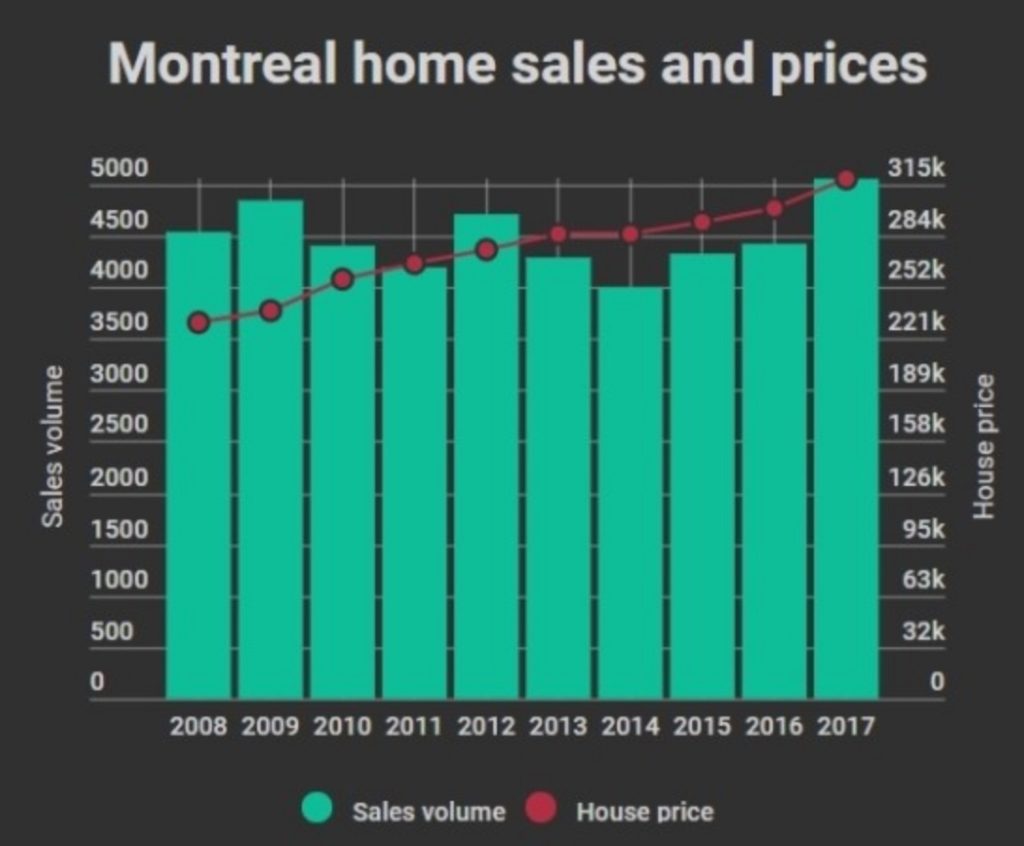 With all the trending news and fame coming at the doorstep of ‘City of Mary,’ i.e. Montreal, the question ‘How’ still sustained.

Canada and other countries are still revolving around the doubts that how has Montreal Real Estate market managed to do exceptionally well.

The principal reason comes along with the tempting architecture and landscape of the city. Montreal is announced as the second largest city of Canada.

It is regarded as one of the most affordable places to invest revenue in real estate. The town even caters to that revenue by offering ample opportunities to generate the same.

According to the July 2009 edition of CMA, Montreal is recognized as one of the most populous cities in Canada spreading its wings around 4259 sq. Km. It is even popularly known as the Cultural Capital of Canada. It has a lot of similar endeavours under its fancy name.

With such varied attributes, undoubtedly Montreal ought to be a boom in the real estate market someday.

Besides outstanding rates, quick sales and a golden fortune there are some convincing reasons too. If you were to talk about in real estate language, the following ideas might give a better overview.

1. The gradual shift from expensive provinces

Affordability is a first thing an investor will look forward to. Cities like Toronto and Vancouver slew in luxury segments and so did the real estate. This distracted the investors, and Montreal’s affordability spoke to them. The relatively affordable rents and house prices attracted buyers to from other expensive metropolitan cities. 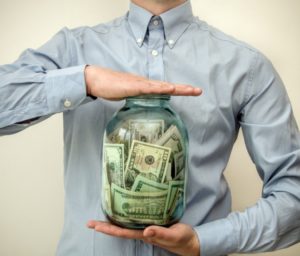 The consistency of low cost in the real estate market is the debatable reason how Montreal earned the top position in the Canadian market.

Affordability again comes into the picture. Montreal has the cheapest rates of real estate when compared with Toronto and Vancouver.

Unlike these two cities, Montreal real estate even now understands and goes with the people’s income.

One of the most significant achievements with which Montreal stands out among other Canadian countries is its safety from housing disaster. Although the prices are not stagnant, they are still increasing.

When put in numbers, there is a noticeable increase in the prices of real estate of Toronto and Vancouver. According to Better Dwelling, a basic house in costs around $350,000 in Montreal, $766,300 in Toronto and $1,062,100 in Vancouver. Now the changes in % are a lot more shocking than the respective prices.

The recent price transformation in real estate sectors of Montreal is the reason the city has maintained a hot streak.

According to the Montreal Real Estate Board, the sales of houses grew up to 8% in the month of September compared to the previous year. [2]

When visualized graphically from 2006 to mid-2018, the Montreal real estate price change varied the least compared with Toronto and Vancouver.

The typical increase of house interests and debts rates hasn’t much affected the Montreal real estate as they did to Toronto and Vancouver. Sales were reported to slow down in these cities. Meanwhile, the city managed to be on a roll.

The benchmark explains the average cost of a house in Montreal real estate market. The favorable benchmark prices proved to be a notch over its elevation. The typical properties in Montreal only roam around $200,000 in the recent few years.

In spite of counted as one of the largest city, Montreal presents you with affordable and cheap real estate deals. On the contradictory, Toronto and Vancouver have only met with increasing benchmark rate. 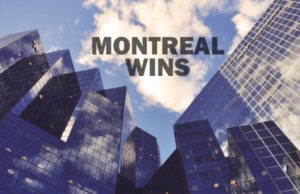 The varying price percentage ranging from multistory apartments to single suites or double suites has earned a considerable amount of respect from the contenders and investors in and out Montreal.

Apartments showed a gradual increase in units around 9.5%.

The annual change in price for homes in Montreal saw only 1% change as from last year. As per by the latest survey of August 2018, a typical home in Montreal cost $345,600.

These were some of the must reasons to be mentioned for a better understanding of how the real estate market started its fantastic journey.

Why Montreal Wins the Real Estate Game (For Now)

Here at Precondo, we understand that the competitive market will always pose challenges. Not letting them hinder the progress is what an expert practices. Besides, all the statistical data comfort and safety are critical aspects of choosing real estate.

The quality of educational, professional, social and cultural life is one of the justified reasons for a hike in the real estate market of Montreal. It also blends in with the people’s income, making it more possible for its residents to buy their new home.

Toronto and Vancouver have served the Canadian real estate market uplifting the economy and value. The process will continue, and probably the future will see another hot spot in some other Canadian Country.

The necessity is to cope up with the competition, stay updated and always improvise the strategies. Let’s see if Montreal can keep up with this hot streak in the upcoming months or years.

Leave a Reply Cancel reply
AS SEEN ON