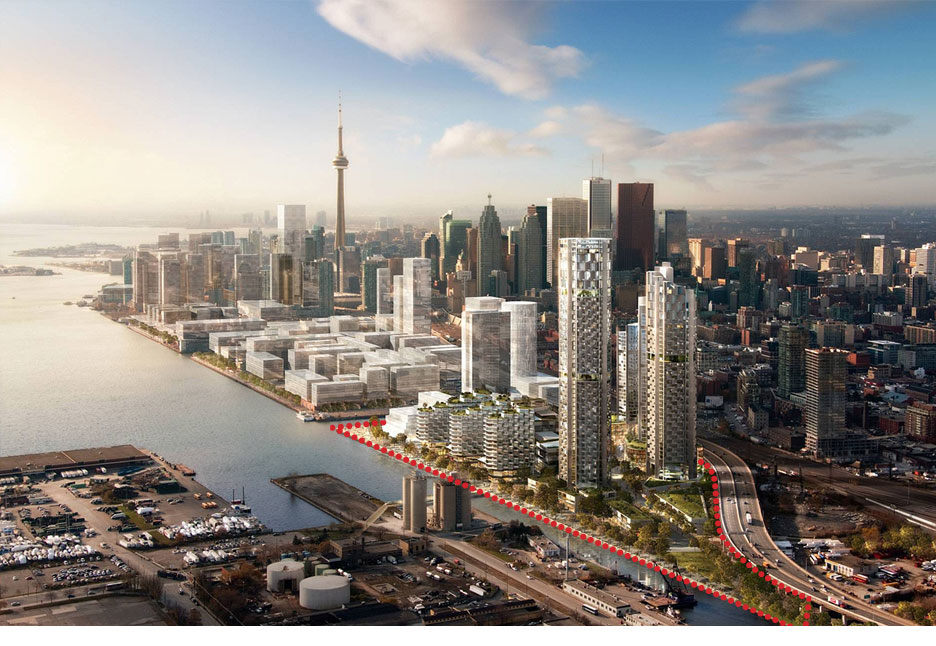 An absolute gem of a location! Situated directly on the waterline between Cherry Street and Lake Shore Blvd., 3c Waterfront Condos will be a 13.5-acre site, comprising of mixed-use urban development. The master-planned community will be home to residential dwellings, retail, commercial and office.

3C Waterfront Condominium will feature a passageway to and from the iconic distillery district, right to the condos. Access to public transit will be a crucial feature, as union station, GO trains, TTC, streetcars, and subway access is within close distance.

The area is set to be home to another wide set beach on Toronto’s Waterfront. 3C Waterfront Condos will maximize the waterline potential for the residents and the public alike.

Developed by Castlepoint Numa and Cityzen Development Group, 3C Waterfront Condo is focused on the public realm while still having unusual structures. One of the leading public features is the Red Brick Promenade, which will travel from the Distillery District to what will soon be a new beach.

Castlepoint Numa is known for other plans such as Museum FLTS, 10-14 Prince Arthur, 309 Cherry Condos, and Lower JCT West Twins. They have partnered with Cityzen Development Group who has been praised on their designs including Riverside in Pine Grove, Brookdale on Avenue Road, Garrison Point Condos, St. Lawrence Condos, and Pier 27 Tower 2.

Because of these fantastic works of art and the experience that these two developers have, you know that the 3C Waterfront Condominiums will not only impress you, but they will make everyone you know want to live there. For this listing and other condos for sale in Toronto, call Precondo right now and speak to an expert.

Castlepoint Numa is a renowned developers company that is known for their urban style, luxury laced projects throughout Toronto. The 3C Waterfront Condos is another addition to their star-studded list of projects. The marvelous location of the Toronto Waterfront is where the project is located. The exterior is an intricately designed façade made of glass and steel that oozes the charm of modern architecture. The interior is well designed and furnished and hence, ensures a cozy stay. The location looks over the beautiful view of the Toronto waterfront and is laced with lush green trees and bushes. The project features a good walk and transit score and is a short distance to all the social hubs such as bars, pubs, diners, etc. Waterfront condos offer a promising stay in a gorgeous location.