As per the Canadian Mortgage and Housing Corp., condo buildings in Toronto are changing the trend at a very rapid pace. Despite many new rules that make housing and mortgage difficult for the residents of Toronto, there seems to be no drop in building condos in Toronto. Multiple reports suggest that this rapid increase is due to an economic backdrop that is healthy and proper growth of the population.

This has supported the increase in homebuilding and especially condos. But how is there a boom in the Toronto condo market? Especially when there has been a decreasing inventory of completed and unabsorbed units? There have been recent reports as well, which has indicated a fall in the real estate sales, especially in the region of GTA.

Many reports might say that the Toronto real estate market is unpredictable. As accurate as that statement might be, condos all around this area are having all the accessibility without facing any issues. The best suites have excellent access to the buildings. Even though there is an extra added factor of increased pricing for such condos, people are willing to pay more.

With the advancement and geography, reports and analysis show that the condos that provide excellent and easy accessibility have the highest turnover. Liberty Village is in Downtown Toronto has an average turnover of 7.99%, the highest out of all in the area. The rates have doubled and tripled with the average rate of turnover being around 6.61%. That is one of the primary reasons as to why there are more and more condos are built, especially in the easily accessible regions.

The figures show nearly double the rate of turnover. This is a massive swing which indicates that people are investing in and new development condominiums on a more frequent basis than expected. People in Toronto prefer newer developments compared to older ones, and this is what is helping the condo market to boom.

Moreover, the younger generation is leading the Toronto condo boom.

The younger generation prefers to invest in a condo that is closer to downtown instead of the waterfront where more number of older people live. (1) They prefer houses which are nearer to their work, making the commute easy and time-saving. Also, they are expected to sell their places at an early stage compared to a retiree.

Investors also play a significant role here as they purchase the units initially when the condos are in the pre-construction stage. As soon as these condominiums are completed, the investors sell these units to interested residents to increase their margins.

3. An Option to Live in a Smaller Community

People in Toronto are quite happy with smaller buildings as well, and the size of the building doesn’t make as much of a difference as other factors. This is the reason why developers are planning many small developments with and around 200 units per building instead of planning a large community with 1600-2000 units.

4. Construction Is at Its Peak

Construction of condos in the GTA is at an all-time high in the first quarter of this year. There are over 100 cranes that are being used in the Downtown Toronto region alone. As per reports from Urbanation, the company that has the task of tracking condo developments declared results for the first quarter of 2019. There were around 71,378 units in a total of 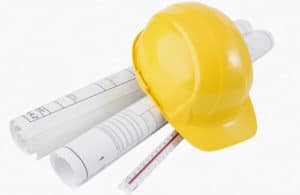 242 condo developments that were constructed. Comparing these results with those of 2018, there were around 10,000 condo units more that were developed.

The Toronto condo market is definitely on the rise. However, the costs of construction in the Greater Toronto Area has increased rapidly. Developers are exercising and planning with caution.

However, there hasn’t been an alarming number of condo developments that were canceled over the year. This clearly states that new developments have taken place throughout Toronto with or without major hurdles. It’s a good news for investors since it means they’re less likely to waste time waiting for construction projects to go through.

5. Toronto Always Bounces Back from Pitfalls

Toronto has faced its share of recession and other issues in the past. However, this hasn’t affected the house pricing in Toronto’s real estate market due to several vital factors. Surviving it all, the Toronto condo market managed to stay upbeat with high prices only.

In the past few years, Toronto has seen a flourishing growth in its population. If we check the stats of the past couple of years, Toronto has created numerous tech jobs. When looked into in depth, the city managed to create more jobs than Seattle, San Francisco, and Washington DC combined. And, that is quite a huge achievement in itself. Hence, both the population factor as well as more employment options in the city resulted in a higher demand for housing in the region.

Locations like GTA managed to keep the house pricing stable even in difficult times because of these two major reasons. And, even the other regions witnessed the impact of downfall for merely four months and were back on the rise soon after. This short span was quite astonishing but fortunate for the Toronto condo market. Usually, whenever there is a downfall in the real estate market of any place, the impact takes way longer to settle down and get back to stable again. However, the Toronto condo market stood firm against the impact.

Also, there were mortgage stress tests that were introduced in Toronto last year. (2) The real estate experts expected it to bring the prices down. However, the real estate didn’t fall down much and revived itself within three months itself. The condo demand in regions like GTA has been on such a rise that even during the period of downfall due to mortgage stress tests, there was huge competition in the seller’s housing market of Toronto! Even today, the demand for condos remains intact in GTA, keeping the condo market stable.

The Splurge in Condo Sales Continues…

The increase in condo pricing is estimated to be around 8.6% as compared to the pricing observed last year. The favorable weather, job opportunities, and quality construction have been accounted for as the key players in keeping the Toronto condo pricing on a consistent rise.

People in the city are opting for varied choices which include all, low-rise, mid rise as well as high-rise development projects. Vertical communities are being preferred by the people due to the added ease and facilities on offer by the real estate competitors in the market.

Upon asking the views of reputed real estate developers in Toronto, it was concluded that the developers believe that Toronto condo market has survived major downfalls consistently and shall continue to remain stable in the next few years as well.

You can learn more about it here. 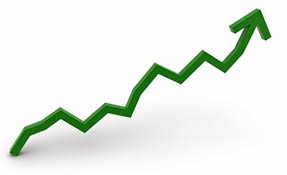 The condo market in Toronto has a higher number of first-time buyers as compared to the housing market. These mostly are bachelors and people moving from different countries and states.

However, there might also be individuals and families who are moving for the first time. Also, with lower average costs, the number of younger buyers have definitely increased.

The current trend in the Toronto condo market suggests that there are buyers who do not prefer to purchase a condo and keep it for some 25-years. Instead, people opt to buy new condominiums which provide a great location and stunning facilities. And, people generally end up purchasing a newer property sooner than expected. They do not expect to grow old in a single property.

These are a few reasons why the newer buildings have a higher turnover compared to other buildings. That is why the Toronto condo market is certainly on the rise at present. The condo boom has also led to more number of high-rise developments being built than most of the other major cities around the globe.

There is a number of condo projects to be released in the second quarter as demands remain high in the GTA. There have also been reports of slower rates of appreciation compared to the last few years as the pricing of condos change. There has been a decrease in the pricing of condos by about 1.7% on a quarterly basis.

For news, updates and exclusive access on all new and upcoming condos in Canada, visit Precondo.