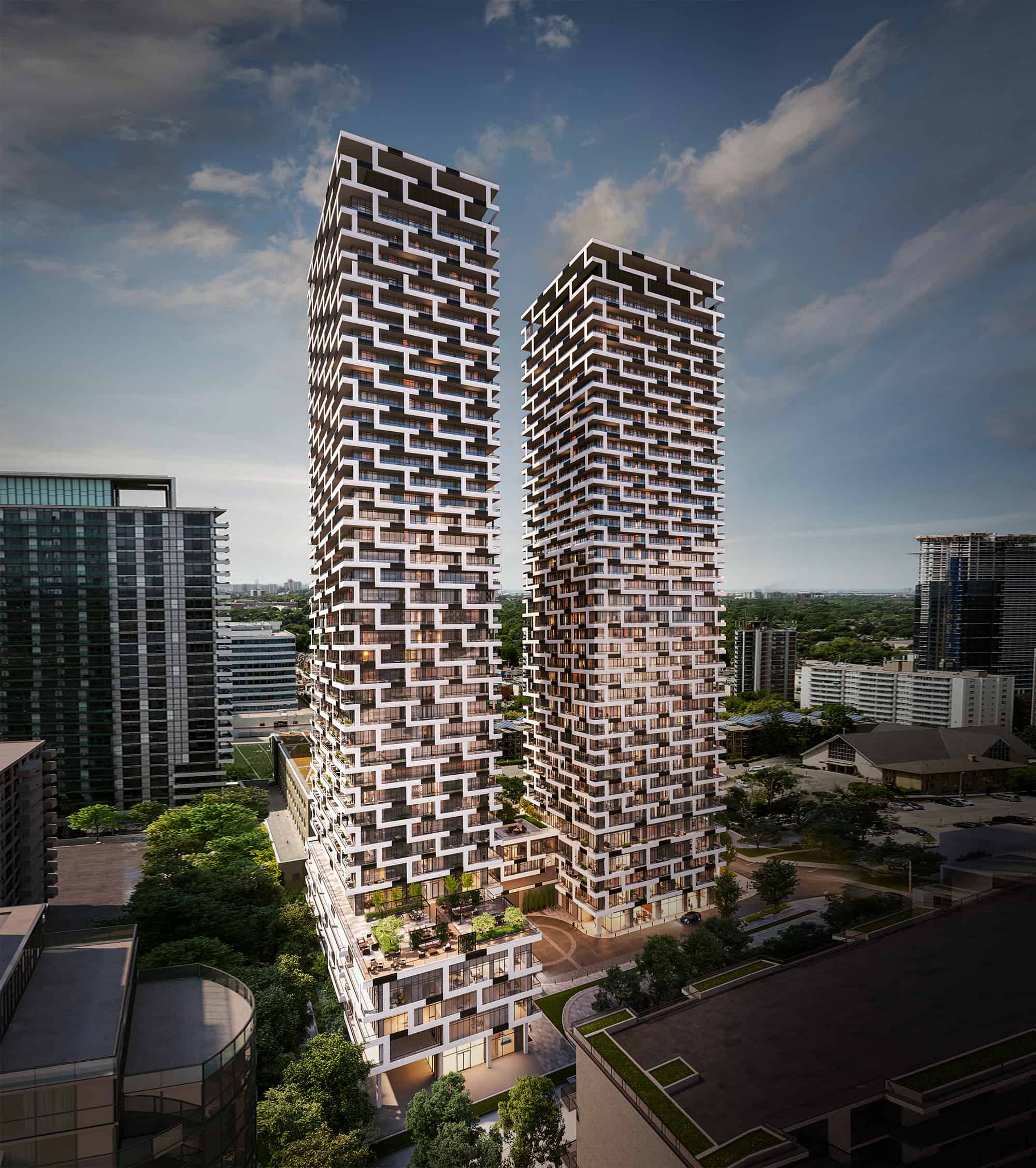 Sixty-Five Broadway Condos is a new condo project by Times Group Corporation, located at 65 Broadway Avenue, Toronto, ON. The development has two buildings at 39 storeys each with an expected total of about 800 residential units and completed by 2023.

They are going to change the landscape of the neighborhood in Midtown Toronto. It will be another development in Midtown, which is soon to be the transit hub of the city. The development is attracting several investors as well as potential residents due to the amenities and the stunning design of the building.

The location of these pre-construction condos is at 65 Broadway Avenue, Toronto. There are plenty of reasons and benefits that this condo development provides being at the Eglinton Ave E & Yonge St. Experience an unparalleled lifestyle at Sixty Five Broadway Condos.

Sixty Five Broadway Condos is on the south side of Broadway Avenue. It is between Yonge Street and Redpath Avenue. The condo development has a near-perfect walk score of 94 out of 100, which means most of the errands can be covered on foot. The building is located in an ideal location with plenty of high-rise buildings in the neighborhood. One can easily find every single basic necessity and other amenities around the neighborhood. Nearby parks include St. Clements-Yonge Parkette, Glebe Manor Square, and Sherwood Park.

The condo is close to several schools and educational institutes as well. The North Toronto Collegiate Institute is just at a walking distance from this new apartment building in Toronto. Midtown neighborhood is an expansive one with several supermarkets, grocery stores, and retail shops and services, all around the corner. The Yonge Eglinton Centre is also in close proximity. This center will provide the residents with several shopping places such as LCBO, Rexall, Metro, and many more. Living at Sixty Five Broadway Condos will come with several amenities and benefits for residents of all types. Be it working professionals, bachelors, or families, and one can easily make Sixty Five Broadway Condos a comfortable home.

The condo development is located in a neighborhood which is soon going to be the transit hub of the city. Sixty Five Broadway Condos has a transit score of 90 which provides some world-class transportation options. The Eglinton Station is just about 8 minutes away from the condos. Moreover, the incoming transit line is going to change to look of the area completely. This will make Eglinton a new transit hub. Residents will be able to travel to all the major locations around the Greater Toronto Area without any issue. The location has a bike score of 57.

The developer of Sixty Five Broadway Condos is Times Group Corporation. The firm has been one of the major developers in GTA. Moreover, they have been in the industry for over 30 years. For quite some years, the company has developed quality buildings in the GTA and Toronto. Being one of the most experienced developers of the country, one can expect a touch of luxury and class at Sixty Five Broadway Condos.

They have also won several accolades for their previous constructions. Some of their previous developments include The 500 Condos, Eden Park Towers, Key West Condos, 5800 Yonge St., 41 Chatsworth Drive, and Pavilia Towers. Times Group Corporation is definitely one of the best developers for Sixty Five Broadway Condos.

55 Broadway Avenue condos are exactly the type of condos I was looking for. The elegance of it begins with its outside architecture itself! The abstract geometric design on the tower makes it look so appealing. It is definitely the sort of place you would want your home to be in. The serenity of water and downtown coupled makes it better. The tower is 90 storeys high and has 1044 units built with perfection. The view from the condo will be eye catching one and I have no doubt about the facilities available nearby. 55 Times Group is a trustable developer for the condos. The transit as well as basic needs are well taken care of in the locality. Having Queen Street right in the neighbourhood, the nightlife and restaurants offered are the cherry on top for such a wonderful project!