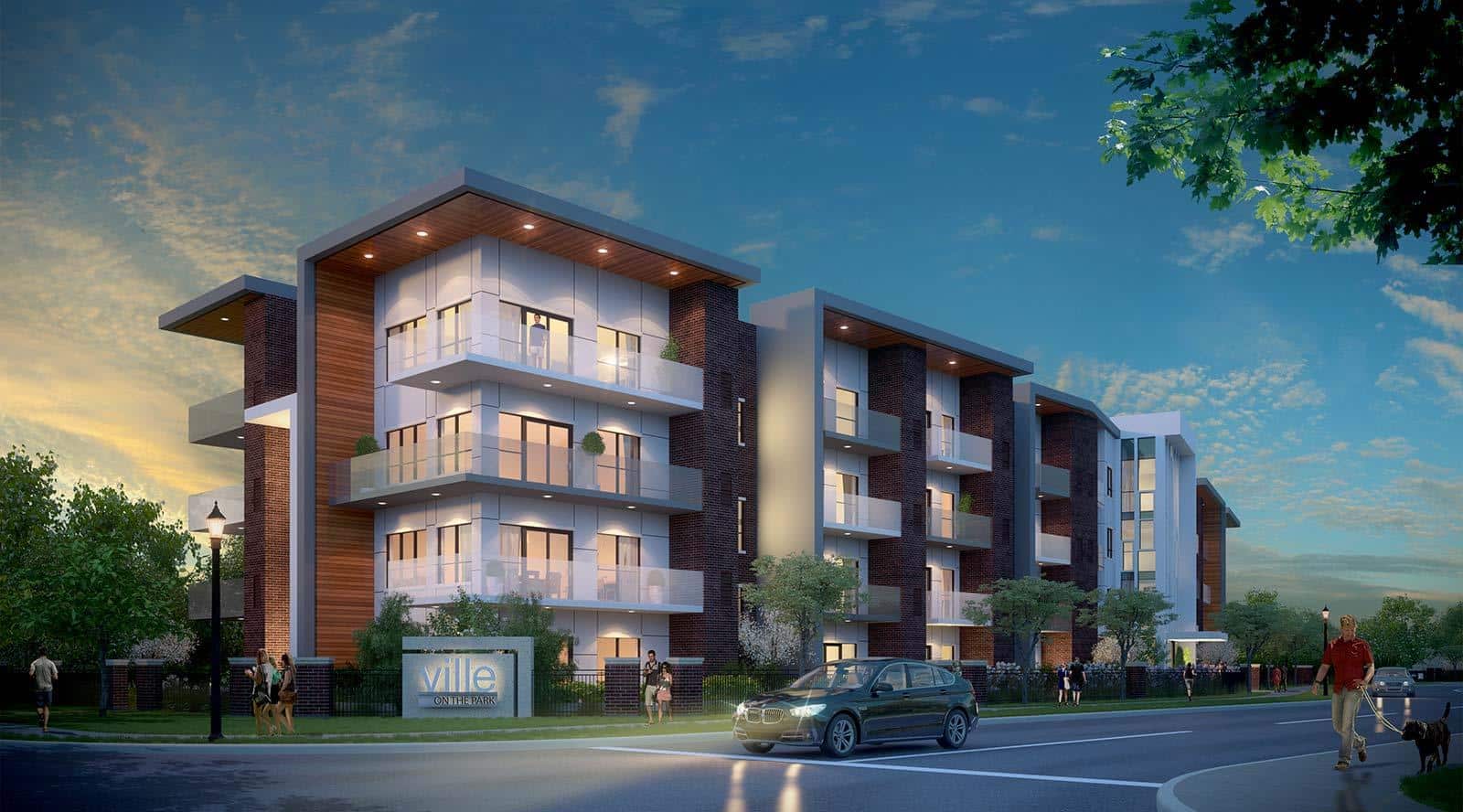 The Ville Condos aims to be the best of two lifestyles by providing laid-back living in the heart of Streetsville, and accessibility being in the wonderful area of Mississauga.

Streetsville is known to preserve its history-rich structures. That is why living at the Ville Condo will make one see the community which thrives not only because of its preservation of heritage but also because of its flourishing home-grown shops lining the streets. Contemporary design fused with the neighborhood’s traditional charm, this residence will encapsulate the true sanctuary you will want to have.

Upon entering the Ville Condo, one will be captured with the state of the art lobby, echoed in its suites. Units are equipped with energy-efficient lightings and stainless appliances, and lobbies with luxury touches you can only find in Mississauga listings.

Some of the nearby schools are the Dolphin Senior Public School, Vista Heights Public School, Streetsville Secondary School, and St. Joseph Separate School. Restaurants which are just minutes away are Cagneys, Goodfellas, and Giorgio’s Ristorante. Residents can also visit open spaces like Streetsville Memorial Park, Manor Hill Park, Vista Heights Park, and Turney Woods Park. To be constructed on Tannery Street, the Ville Condos is also accessible to public transportation. A short drive will get you to the Milton Train.

Floor plans for the project are one-bedroom, one-bedroom plus den, two bedrooms, and two bedrooms plus den. The first phase of the Ville Condos is already sold out but is still in preconstruction.

The developer of the Ville Condos is Forest Green Homes. They are known for the Highgate in Newmarket, Woodbridge Greens in Vaughn, Churchill Meadows in Mississauga, Turnberry Green in Toronto, and Barrington in Burlington. The estimated date of completion and occupancy are yet to be announced.

The second phase of construction, dubbed The Ville Condos II and to be constructed by the same developer, is coming soon and will rise near the first building. Registration is now open.

Ville Condos is another much-awaited project by the renowned real estate developers, Forest Green Homes. The project is a stark example of modern residential architecture with its hearty exterior construction. This marvelous sanctuary pays homage to the culture of the city while also maintaining its urban vibe through the lined-up facilities and modern markets and clubs in the vicinity. The interiors boast a gourmet kitchen along with spacious well-furnished rooms to ensure sheer comfort of the residents. The amenities offered include a well-equipped fitness center along with an aerobics and yoga hall, patios with BBQ arrangements, personal parking space, etc. The location is well accessible on foot as well as numerous transit options like the cab and bus stations and the subway.