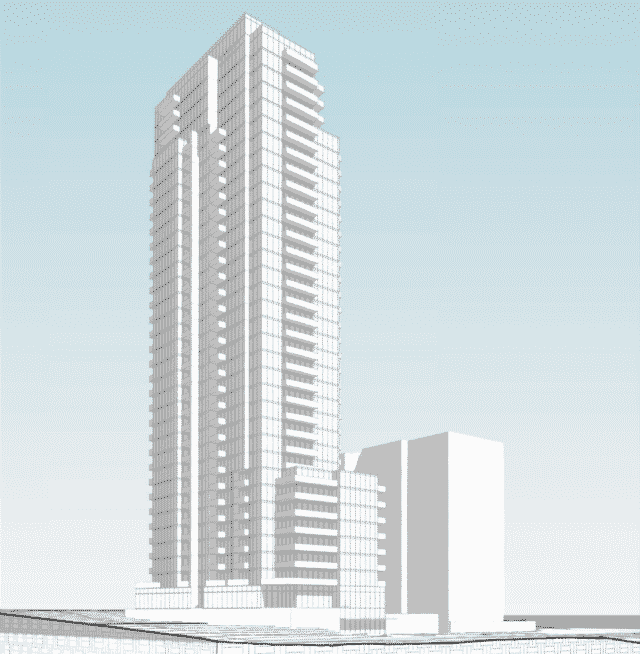 Sheppard Avenue Towers is a new condominium project to be constructed at the corner of Sheppard Avenue West and Don Mills. Stafford Homes will develop the high-rise, mixed-use multi-phase project. The first phase at the Sheppard Avenue Towers will be a striking L-Tower in the same vein as the ‘Chicago Tower’ at Square One in Mississauga. It will have a contemporary interpretation of the Brownstone design typical of Chicago architecture.

Located in a lush, dense green space, Sheppard Avenue Towers will have an inspiring backdrop along with inspiring views. Neighboring Downsview Park, residents can freely take a stroll in the park, or walk the dog in the nearby open space. Downsview Park also houses highly anticipated music festivals, and high profile concerts and events for the city that attract up to 20,000 people. Other nearby parks include Langholm Park, Giovanni Caboto Park, Ancaster Park, and the Grandravine Park.

Looking for things to do around the Sheppard Avenue Tower Condos? Visit the Toronto Wildlife Centre, just a few minutes away from your residence, and get to see animals in nature. Residents can also enroll their children at the Greater Toronto Skating Academy for some fun-filled summer. You can also opt to try the True North Climbing, formerly an airplane hangar, for an adrenaline-charged day out. Archers Arena Toronto will bring out the inner Merida in you as you can practice archery here. You can also meet some new friends and try the Mystery Rooms down the street.

Food destinations are nearby the Sheppard Avenue Towers. This includes Elias Restaurant, Pizzaville, Moon Congee, Mumtaz Grill Restaurant, Pho Mi King, and Pho Huong Trang for when you’re in the mood to eat out. Some of the nearby schools are Blaydon Public School, and the Blaydon Community Day Care. This project makes your condo living fulfilled.

Levels and the number of units at the Sheppard Avenue Tower Condo are still undisclosed. The estimated date of occupancy is not yet announced, as well as its estimated completion date. The prices and sizes of units are unknown.

Registration at Sheppard Avenue Towers is now open at Precondo Insiders Circle. You’ll also get to know more about other pre-construction condos in Toronto by subscribing.

Incorporating a contemporary interpretation of Brownstone design, a signature of Chicago architecture, the Sheppard Avenue Towers is a mixed-phase multi-use project equipped with a modern outlook on interior design. Built on the corner of Sheppard Avenue West and Don Mills, this building has a scenic view with lush deep green at its backdrop. Within near distance is scope for great adventures and memorable activities that are sure to provide an indelible experience. Skating, rock-climbing, archery and concerts prevalent in the vicinity are bound to keep your life interesting with numerous exotic eateries to satisfy your taste buds make this place worth investing in.