As the work of Pinnacle One Yonge has officially begun, what was previously a huge surface parking space located at the base of Yonge Street is now undergoing a tremendous change. Pinnacle International’s SkyTower is part of a 1 Yonge Street multi-tower development. This also serves as the basis for the project’s namesake, Pinnacle One Yonge.

In just a span of eleven months, the location has become a stunning skyline-altering superblock. The large-scale renovation of the Toronto Star Lands at Yonge and Queens Quay has made tremendous progress. 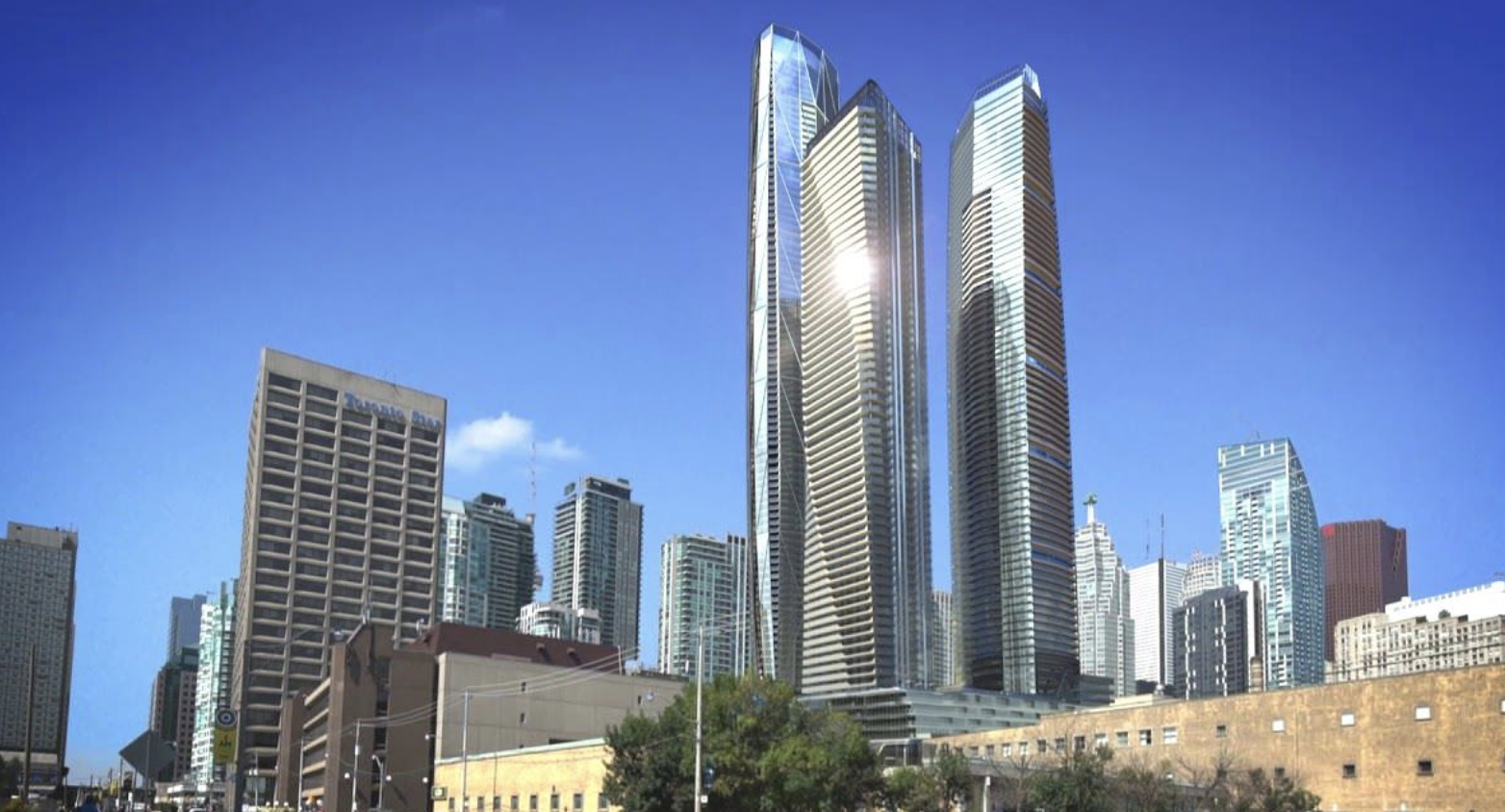 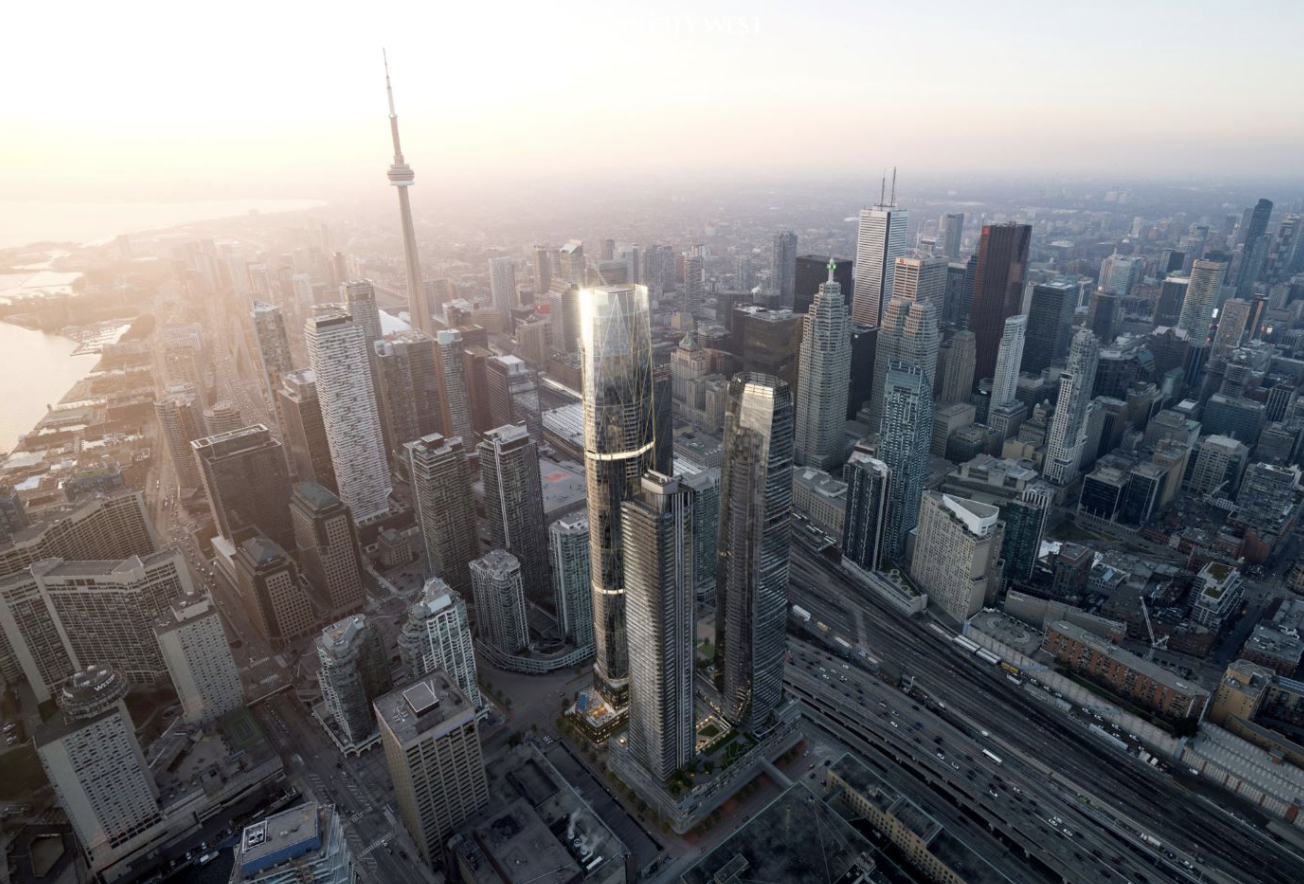 The Hariri Pontarini Architects-designed venture for developer Pinnacle International, referred to as Pinnacle One Yonge, will have five towers, the tallest of which will stand at 95 storeys and be the tallest building in Canada when completed, occupying a prominent place on the city skyline for the upcoming generations.

The first phase, Prestige Condos, has been under development since the parking lot was demolished in 2018. They put up a crane by the end of the year, and started the construction on the project’s six-level subterranean garage. When finished in 2022, Prestige will have 496 apartments. Each will have premium facilities and modern interiors designed by Tanner Hill and Associates. 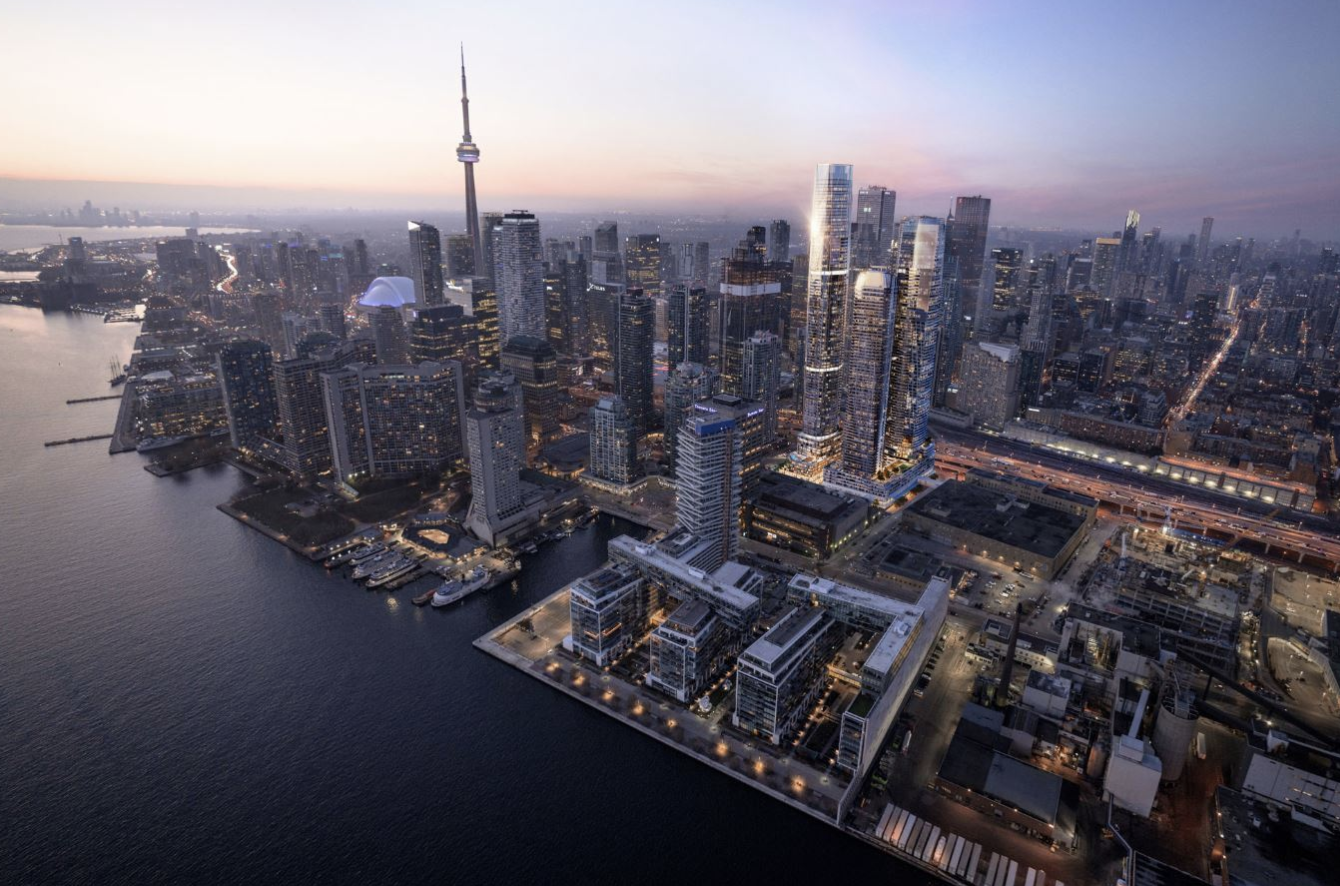 The tower has now climbed to around 55 storeys. Certainly, it has now become a significant feature of the city’s skyline [1].

The 42nd storey is now getting the necessary lower down with external cladding and glazing have reached the 42nd storey. And, the builders are currently pouring concrete for the last 10 floors. The installation of balcony glass is now on the 22nd floor.

The Prestige would ultimately reach a height of over 217 metres (712 feet) from a newly easterly expansion of Harbour Thoroughfare. It will serve as a new mid-block street connecting Yonge Street to the rapidly developing East Bayfront neighbourhood.

Along with the initial phase, it will have two more towers built on it later. The previous printing plant location for the paper, located south of the Harbour Street extension where you will currently find the Toronto Star skyscraper will be demolished, leaving just the Toronto Star tower. It will merge into a bigger office building with new retail space in the future. 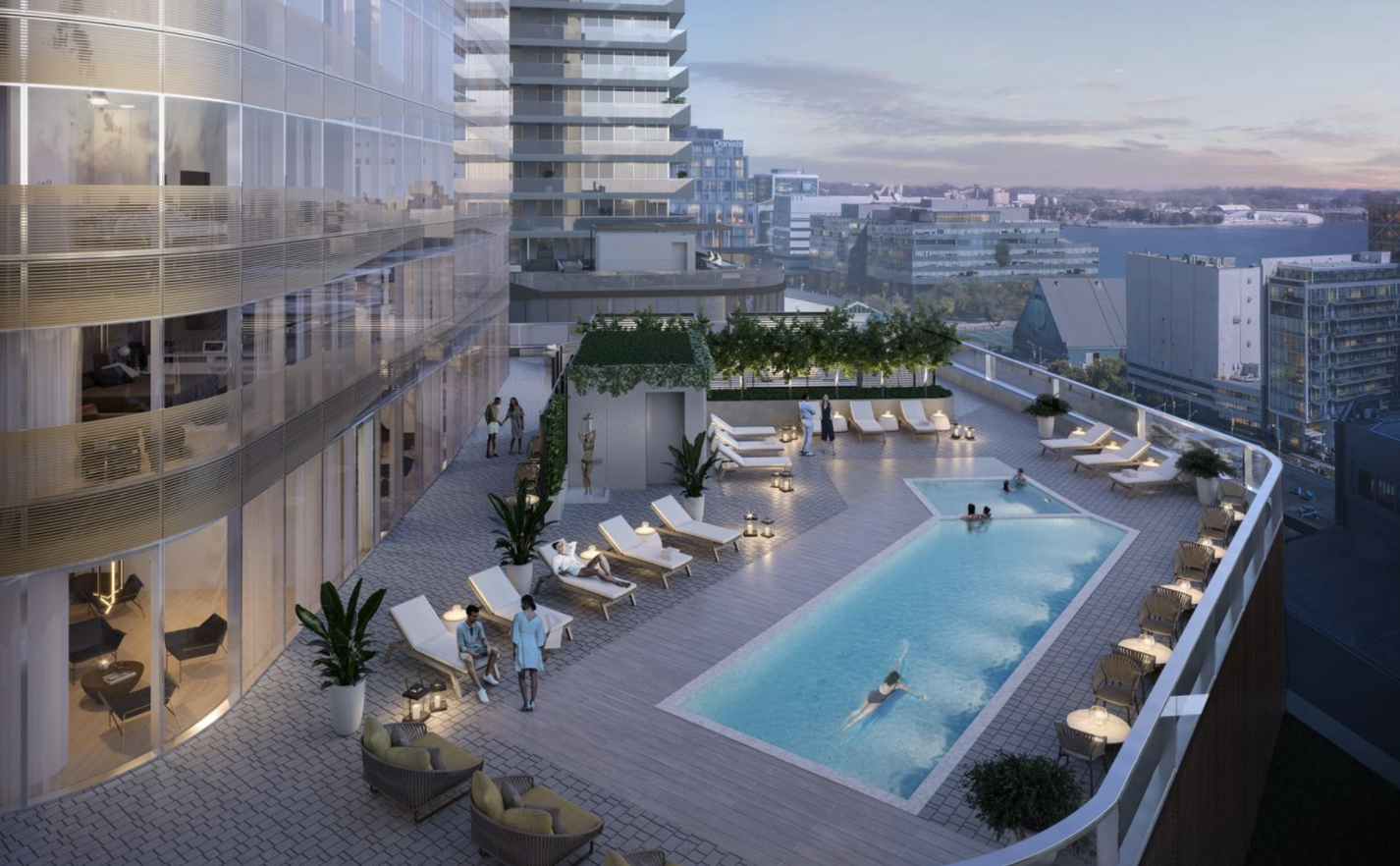 The 835-suite SkyTower, the second residential skyscraper currently under development, is located west of Prestige. After the excavation, the crane was placed earlier in the month. Now, it will have more than 800 condominium units in various combinations, spanning from 520 to 2,300 square feet, at the SkyTower. It will provide a wide range of alternatives for all lifestyles and pricing ranges.

The residential towers will highlight Pinnacle One Yonge’s master-planned 4.4 million-square-foot complex, with more than 2,200 condominium suites within the three buildings. The master-planned community will also have 1.5 million square feet of office space, and 160,000 square feet of commercial space. In addition, it will offer a 250-room hotel, a 50,000 square foot community centre, and a 2.5-acre public park.

The highlights include a gaming centre, yoga studio, and an outdoor swimming pool. Further, it will also have lounge areas, outdoor barbecues and a party space.

The economy seems reviving and bringing fresh life to large building projects. Indeed, it seems a positive indicator of what’s to come.

Stay tuned at Precondo for the latest real-estate news in Canada.