New Condos For Sale in Vaughan 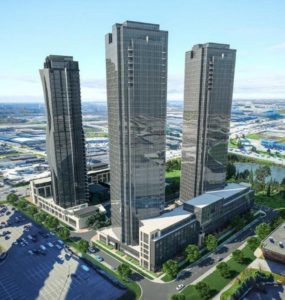 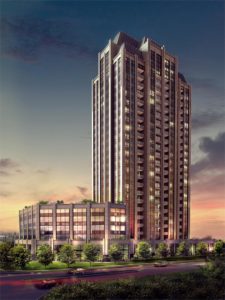 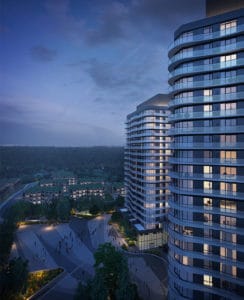 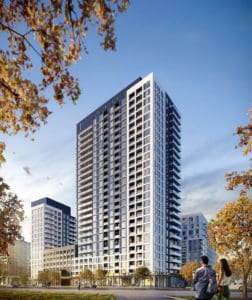 The Thornhill Condos
Vaughan   Daniels
$ 625,900+
The Thornhill Condos is a new condo project by Baif Developments and The Daniels Corporation, located at 2 Beverly Glen Boulevard, Scarborough, ON. Currently, in... Show on Map
Coming Soon tba 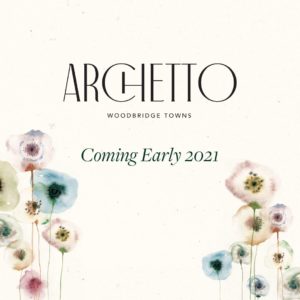 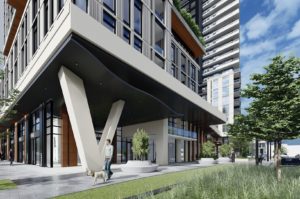 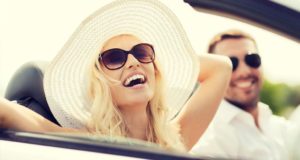 Sora Vista
Vaughan   CountryWide Homes
$ N/A
Sora Vista is a new townhouse and single family home development that is currently in the preconstruction phase by CountryWide Homes, located at Teston Road... Show on Map
Sold Out 2018 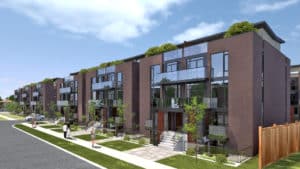 Oggi Townhomes
Vaughan   Duca
$ N/A
Oggi Townhomes — a stunning development with a modern exterior — near Highway 7 and Kipling in Vaughan, offers excellent accommodations to anyone who is... Show on Map
Sold Out 2022 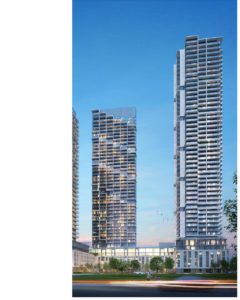 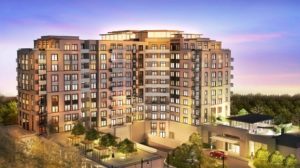 Allegra Condos
Woodbridge   Trimax
$ N/A
Located in Woodbridge, at HWY 7 & Woodstream Blvd, Allegra Condos is a ten-story development in a great location. The neighborhood is one of the... Show on Map
Sold Out tba 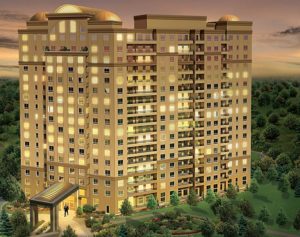 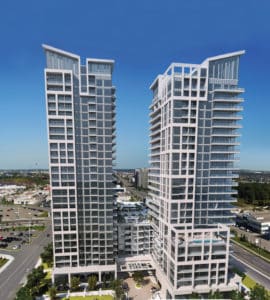 Charisma Condos
Vaughan   Greenpark Homes
$ N/A
While it will by no means be the tallest building in the city of Vaughan, the aptly named Charisma Condos will – without a doubt... Show on Map
Sold Out 2018 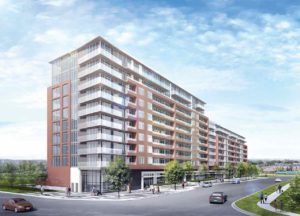 Indigo Condos
Vaughan   Pemberton
$ N/A
Indigo Condo is the latest mixed-used community that is currently being built by Pemberton in Vaughan at Eagle Rock Way & Troon Avenue. It occupies... Show on Map
Sold Out 2016 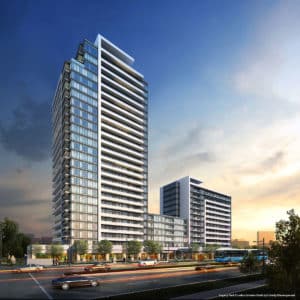 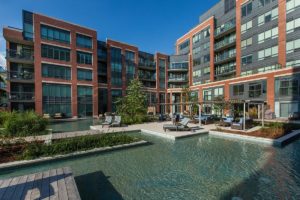 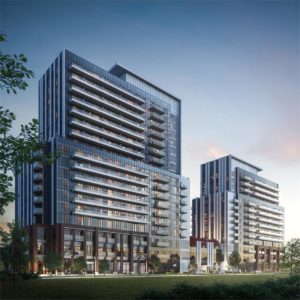 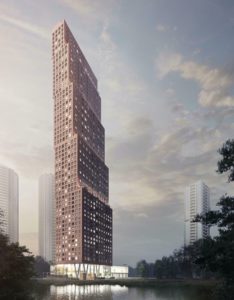 CG Tower
Vaughan   Cortel
$ N/A
CG Tower is a new condo project by Cortel Group, located at 2920 Highway 7, Concord, ON. The development has one building (60 storeys) with... Show on Map
Planning 2019 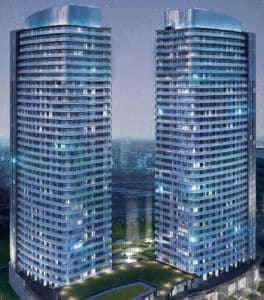 2901 Highway 7 Condos
Vaughan   Liberty
$ N/A
2901 Highway 7 Condos is a futuristic state-of-the-art condominium in the Vaughan Metropolitan Centre being built by Liberty. The development, which is currently under re-construction,... Show on Map
Planning tba 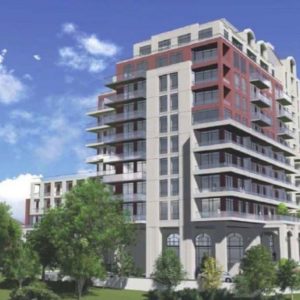 Boutik Condos
Vaughan   Bremont Homes Corporation
$ N/A
Boutik Condos is a new condo project by Bremont Homes, located at 4908 Highway 7, Vaughan, ON. The development has one building with an expected... Show on Map
Planning 2021 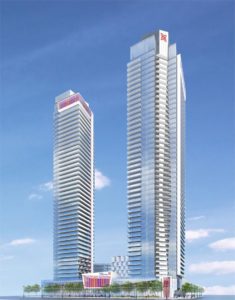 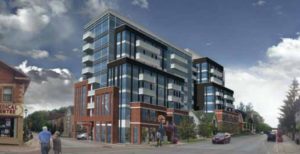 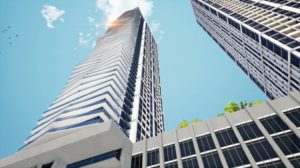 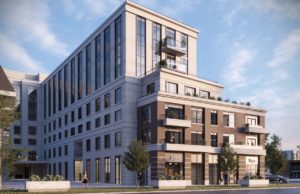 ABOUT THE NEW CONDOS IN VAUGHAN

Often depicted as “the City above Toronto,” Vaughan is one of the fastest-growing cities in Canada, and it is situated just north of Toronto in the Regional Municipality of York.

Although it is essentially a suburb, Vaughan is still very much a city in its own right. The city has a long history of development that started in 1792; however, it was in 1991 that the city began to experience massive growth in almost every sector.

Thinking of buying a condo in Vaughan in the York region? Here’s everything you need to know.

For many years, Vaughan has grown outwards to become the developed suburban community that it is today. It now boasts numerous elegant detached single-family houses.

Now, some of Canada’s top condo developers are making plans to build high-rise condominiums in Vaughan. Many new condos in Vaughan have already been completed and are available for sale.

There are many luxurious condos in Vaughan, new pre-construction such as SXSW Condo. The condo is located at Islington and Steeles W is an excellent investment for residents. Similarly, the Mobilio Condo located at Jane St and Hwy 7 have a bunch of developments and amenities that make the place unique.

The best thing about the Vaughan condos is the artistic design along with the great neighbourhoods. The area is calm and peaceful, which provides an excellent quality of living for the residents.

There are plans to further expand the real estate market in the Vaughan and York region shortly. New projects are in place to develop high-rise and low-rise master-planned communities across Vaughan’s city core. Wider sidewalks and pedestrian crossings are also to be added to ensure the safety of the growing population.

Projects related to condo development include new bicycle lanes, parking lots, and attractive landscapes to compliment the exterior of the buildings. These developments may mean increasing condo prices, but it also means convenience and better return of investment.

In the Greater Toronto Area, residents of Vaughan have to pay the lowest tax rates in the region despite the rising condo prices. However, the residents do not have to compromise on anything. The services that they receive are still high-calibre. Here are a few neighbourhoods in Vaughan that are ideal for every resident:

The Vaughan Metropolitan Centre, an intermodal transit system, is an intrinsic part of the central business district in Vaughan. As a base for multiple corporations and cultural facilities, it’s an exciting new development for the city.

It is well connected via The Vaughan Metropolitan Centre subway station. It’s also located along Highway 7 which is an arterial route through the city.

There are plans to create several new residential developments close to the Vaughan Metropolitan Centre to accommodate the growing population.

Vaughan is currently one of Canada’s fastest growing cities, and as such, it is attractive to retailers and other businesses that are looking to expand and enter a new market. The condo prices are competitive, the region is accessible, and the development in the area is very promising.

These are some of the reasons why it’s quickly becoming one of the most significant urban centers in the Greater Toronto area.

Despite the growing business scene (especially Vaughan Metropolitan Centre) and increasing numbers of new condos in the region, the city remains one of the most family-oriented residential areas. With the atmosphere of a small town, Vaughan truly offers the best of both worlds.

It’s extremely convenient to commute and get around here with ease. The newly constructed Vaughan Metropolitan Centre subway station, located at the Highway 7 and Jane Street intersection, is in itself a vibrant hub of business and connectivity.

GO Transport provides commuter buses and trains for easy transit. In addition, Yonge/University & Toronto/York Spadina Subway Lines have been extended to include the Vaughan area.

The accessibility to York University and other main attractions in the area makes the condos in Vaughan attractive to a lot of people. Condo prices in Vaughan are still much more competitive than in the bigger cities.

A total of 6 new stations are also being developed as part of a $2.6 billion investment to improve transportation services in the city. The stations to be developed are:

For travel further afield, the residents use the Toronto Pearson International Airport to reach domestic and international destinations. It is currently the world’s 13th busiest airport and is just a 20-minute drive from Vaughan.

Plans are now in place to develop the Mackenzie Vaughan Hospital. Approximately 1.5 billion is to be invested in developing the hospital. Once completed, the hospital is to be managed by Mackenzie Health. It is expected to be completed in 2020 and will create 1,900 jobs for Vaughan residents and individuals from neighbouring communities.

One of the biggest myths about moving to the suburbs is that you leave behind entertainment, amenities, and other developments. Not in Vaughan’s case. Here, you’ll find everything to keep the whole family entertained, including one of the largest amusement parks in the country – Canada’s Wonderland. Experience all the thrills and spills over this 133-hectare amusement park which can be accessed along Jane Street. With over 200 attractions at the park, it’s as far away from ‘dull and quiet’ as is possible!

For those in need of a little retail therapy, Vaughan has got you covered there too. Situated next to Canada’s Wonderland is one of the largest malls in the country – Vaughan Mills. Covering approximately 120,000 square meters, the mall boasts over 200 retailers including a wide plethora of dining options too. With the best brands and stores such as The North Face, Disney Store, Fossil, Globo Stores, and much more, Vaughan Mills is the ideal location to cater to your every purchase whim.

For those who prefer smaller shopping venues, there are other more boutique options available such as Promenade Mall, the Colossus Centre, and Seven/400 Power Centre. Having a mix of larger outlets and independent stores gives the city’s retail scene real charm and character.

COMMITTED TO THE ENVIRONMENT

The City of Vaughan is committed to keeping the city clean and green. There are over 740 hectares of land that is used for parks and plantation. Moreover, the city offers a safe and pleasant lifestyle where people work together to maintain a safe and secure lifestyle.

CONDOS IN VAUGHAN: OUR VERDICT

When considering where the best place to buy real estate is, it’s not just Toronto that sells itself as a fantastic place to live in Canada. Vaughan is only a short distance away and is an up-and-coming area of Ontario. With amazing facilities such as Vaughan Metropolitan Centre in Jane St and Highway 7, it’s attracting an ever-widening gaze of investors and residents alike.

So, what can real estate buyers expect here? In the city of Vaughan, new condos are set to include high-end amenities and a large capacity for new residents.  As the city moves towards an exciting new future in property, the vibrant energy across the city will become even more evident. If you’re looking to relocate to a new condo, then the Vaughan real estate market is undoubtedly a great place to check out.

A list of Vaughan condos for sale are displayed on this page. If you have any questions about Condos in Vaughan (including pre-construction condos) get in touch and the Precondo team will get back to you.