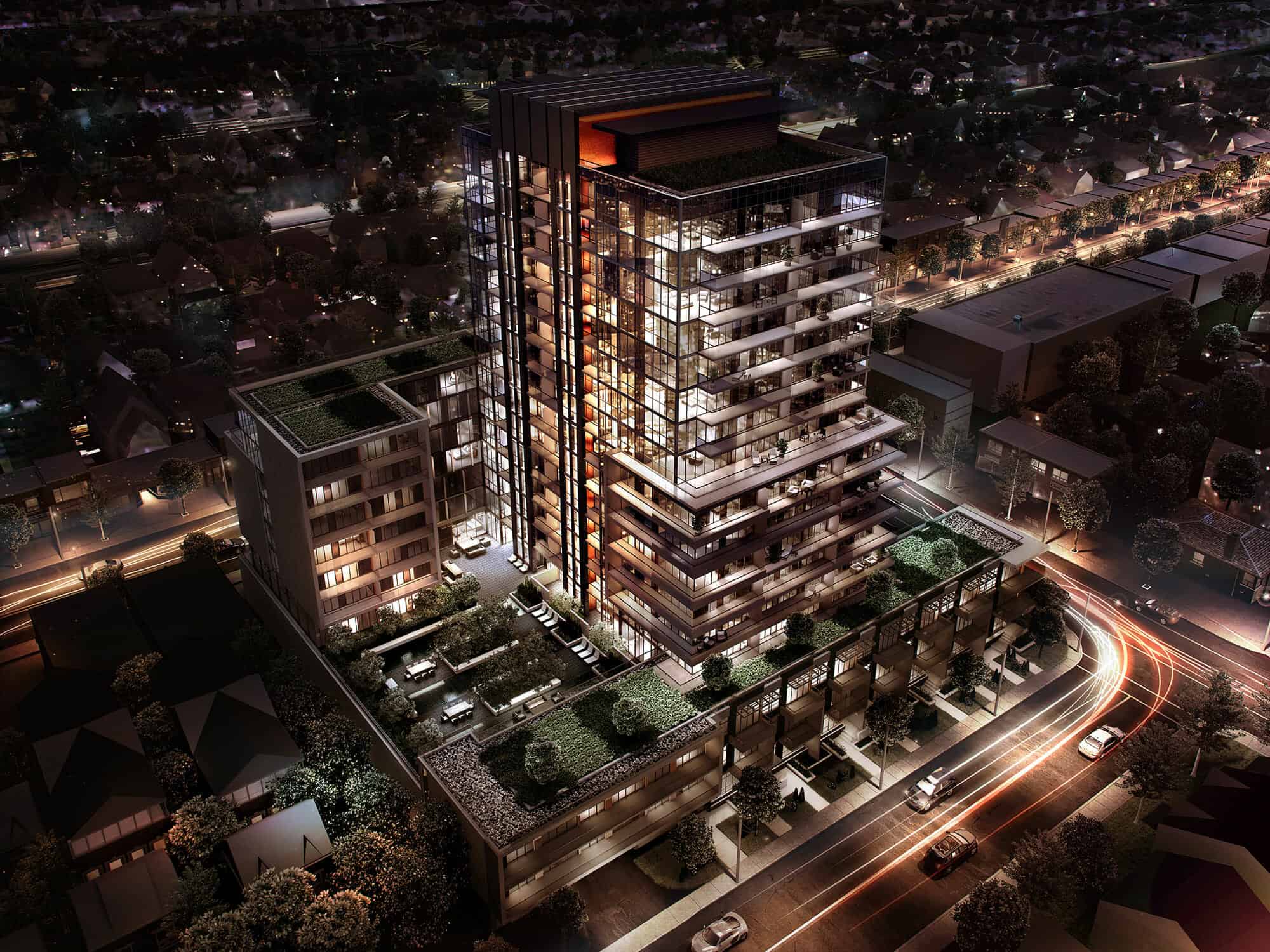 Empire Midtown Condos is a new condo project by Empire Communities, located at 1603 Eglinton Avenue West, York, ON. The development is expected for occupancy in 2019 and will feature townhomes plus a 16 storey tower containing a total of 219 suites ranging from 1238 square feet to 1275 square feet.

Everything about this condominium complex spells convenience and modernity. The style of the condominiums is elegant and extremely graceful.

Empire Midtown is well-connected to Eglinton LRT with easy access to the rest of the city. The investors, as well as homebuyers in Toronto, are having high expectations from Empire Midtown because of its promising design and flexibility. The Toronto condo development is perfect to look out for and will help the neighborhood in its revitalization because of the urban design and exciting amenities on offer. The neighbourhood surrounding Empire Midtown at 1603 Eglinton Ave W, Toronto has several shops, hospitals banks, grocery stores, etc. which further add to the experience of living in these condos.

There are three different floor layouts available. Also, the two types of suites that will be a part of the Empire Midtown include 2-storey condominium suites and 2-storey townhomes.

EI Richmond Architects, renowned Architects of Toronto, will be handling the architectural and design aspect of the Empire Midtown project. The look and feel of the condo tower are completely urban and modern. The glass façade ensures the Empire Midtown building looks very stylish and elegant. Moreover, it brings out a feel of richness and luxury with every element.

There are plenty of exciting amenities on offer for the residents of Empire Midtown condos. The most basic of these amenities include a 24-hour concierge service, an exercise room with all the equipment required for perfect fitness, and electric vehicle charging stations.

The Empire Midtown at 1603 Eglinton Ave W boasts guest suites as well. There are several facilities that provide complete entertainment facilities to the residents within the development itself. There is a fireplace with lounge sitting, an entertainment lounge that has card tables in it, and a room with a big flat-screen TV too. For the fitness enthusiasts, apart from the exercise room, the Empire Midtown condos at 1603 Eglinton Ave W, Toronto also have a yoga and pilates studio as well.

The development also features a party room. You read it correctly! The party room includes a private dining room as well as a kitchen facility. Also, the Empire Midtown has a dedicated outdoor landscaped terrace. This space has a dining area, BBQ as well as a lounge for relaxation.

The sidewalks and walkways near the Empire Midtown at 1603 Eglinton Ave W, Toronto are well-developed too. Schools such as St Thomas Aquinas Separate School and D’Arcy McGee Catholic School are located very close to Empire Midtown condos. J R Wilcox Community School and Fairbank Middle School are also in close vicinity to the Empire Midtown. Grocery outlets such as Gus’s Tropical Foods, Verdi Produce and Sobey’s are merely a few footsteps away. This means that the residents don’t really require a car to access the facilities.

The popular restaurants surrounding the Empire Midtown include Randy’s Louisiana Kitchen, Mainsha Restaurant, Chili Cult, and Hot Pot Restaurant. These eateries offer a variety of delicious cuisines and are not too pricey either. There are quite a few recreational spaces locate nearby to the condos too.

The neighborhood of Empire Midtown condos has a transit score of 87 out of 100. This makes the area fairly convenient for transit and commute facilities too. The new Crosstown LRT Oakwood Ave Station is located right opposite to the new condo complex.

The aim of the company is to create developments that are high in standard and quality but within a reasonable price range. Also, the company aims to enhance the whole of Toronto with its excellent projects. The popular condo developments by Empire Communities include Empire Phoenix Condos, Empire Maven Condos, and Empire Quay House Condos.

If you are interested in the price range of the Empire Midtown suites at 1603 Eglinton Ave, its maintenance fees, the party room (hey!), and more, contact us on Precondo.ca