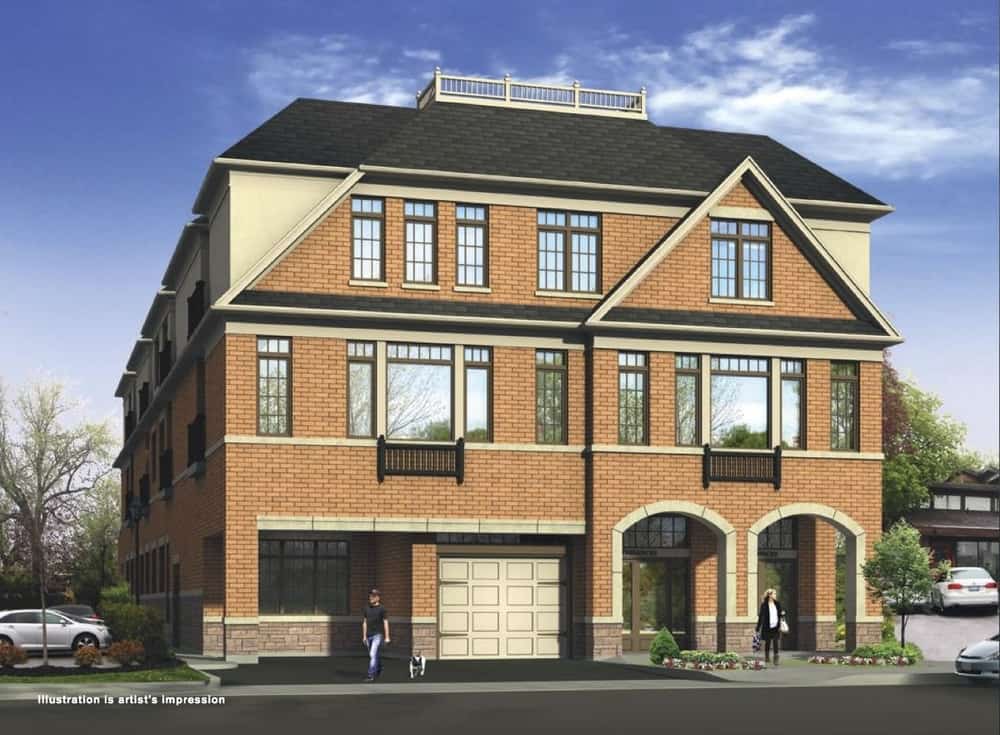 Condos on Broadway is a condo development by Cesta Developments Inc., located at 215 Broadway Street, Mississauga, ON. Completed in 2016 this development was an integral part of the Streetsville revitalization.

The Condos on Broadway blend contemporary and traditional design, as one will notice when admiring its facade. This residential condominium at 215 Broadway Street in Mississauga is now sold out and caused quite a stir during the Pre-Sale.

The Condos on Broadway also takes pride in having the first car elevator that will lead to the underground parking, for the convenience of its residents. The timeless and classic design is mixed with modern architecture in their units, encapsulating the essence of the conservation of the rich history of the town.

The quaint town of Streetsville is known for its rich history and is also known for preserving its historic structures. This brings the laid-back living and can make one appreciate local shops, as well as the community itself. Condos on Broadway complements the town’s vast history. Residents can get to enjoy and join in the Bread and Honey Festival, first held in 1973 and is celebrated every first week of June.

One of the advantages of residing at Condos on Broadway is that it is accessible to public transportation which will help to commute be a breeze. Train and Mississauga Transit are mere steps away. Residents can visit nearby parks for dog walking, strolls and walks. Some of these parks include Streetsville Memorial Park and Vista Heights Park. Schools near the new condominium in Mississauga are the Streetsville Secondary School and Vista Heights Public School.

Hungry? Not a problem when living at Condos on Broadway. Just take a walk around the neighborhood and see a stretch of homegrown and well-known restaurants offering different kinds of food. Cantina Mexicana, Osmow’s Streetsville, Pita Nutso, Murphys Ice Cream Parlor, Goodfellas Wood Oven Pizza, Burrito Boyz Streetsville, Popular Pizza, Gino’s Pizza, and Mr. Sub, among others, are some of these food shops nearby other developments in Erin Mills.

Developed by Cesta Developments Inc., Condos on Broadway has three stories with 16 units, ranging from 567 sq ft to 842 square feet the size of each unit. The other notable project by Cesta is the Banff Court. Floor plans include one-bedroom, one-bedroom + den, and spacious two-bedroom suites. 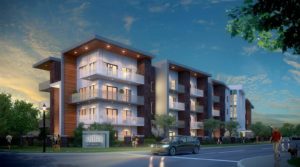 Ville Condos
Mississauga   Forest Green Homes
N/A
The Ville Condos aims to be the best of two lifestyles by providing laid-back living in the heart of Streetsville, and accessibility being in the …